Todd and Julia talk about how now many things can be outsourced around the world. 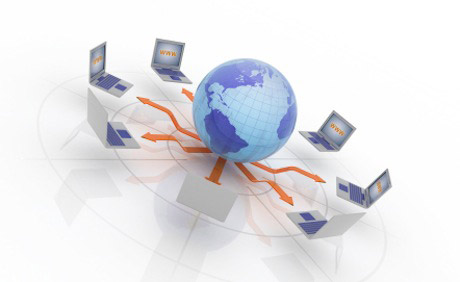 Julia: Hey Todd, just talking about your website. Do you do everything on that site, all the recordings, the editing, everything?

Todd: Yeah, well I learned from it. I learned how to do a little of everything so it was good. But now I actually outsource a lot.

Julia: What does that mean? You have other people do those parts for you?

Todd: Yeah. Like usually I have now around six to seven people around the world that help me out. So I just find people, like digital assistants online, and they specialize in one thing and then I hire them through different agencies and then they do the work for me. So it's great.

Julia: And how do you choose who you are going to use for those tasks?

Todd: Well usually what you do is you post a job on a site, you place a bid or you just post a job and then different contractors post a bid and you can look at their experience and then if you find somebody that's say an audio editor or a transcriptionist or a photo editor then you hire them and you could either pay them one set fee for like one job or you can pay them by the hour and I usually pay people by the hour. So like right now I have a transcriptionist who works from Spain, she's a retired secretary and she does all the transcriptions for me now so there's fewer mistakes. There's a student in America who's Chinese who finds my images and she crops them now. It's like a part time job. There's a guy in India who edits a lot of my audio now so he's a professional sound engineer.

Todd: Yeah, and I send him the audio and he does that.

Julia: So these people are all working like freelancers in their specific field?

Todd: Yeah, usually what they do is they are professional and maybe they moonlight at night, they do a little extra work or in some cases they just have a part time job and they want to make a little extra money working online or it's their career actually and they work for many people so they'll cobble together many contracts with different people. Like for example the transcriptionist, I know that she does transcription work for five or six contractors or companies so she's always busy. And actually everybody who works for me has contracted work with other people, so yeah, so it's great.

Julia: And you have direct contact with these people or do you just deal with them via the agencies?

Todd: You can. Well it's an online agency. I use a company called oDesk and I also use another company called Freelancer and they can contact me through there. They usually don't like you to email directly but usually you have to give them your email and then sometimes they email me and we just, you know, contact back and forth. And it's great, we have, we use DropBox so DropBox is a service where we can all share the same folder so we can just share files online and they do whatever work I need done and that's it.

Julia: Are you always happy with the quality of the work you get then?

Todd: Usually most people are really good. I mean sometimes you get contractors that aren't the best but yeah it's good. And you know the thing is it doesn't cost that much money. You know you might have let's say somebody does ten hours of work one week and you know they make ten dollars an hour, I mean in some countries that's a lot of money, that's pretty good money so they get a pretty decent wage and you get really good value for your money and it's a real big help for me. I can do more with the website by outsourcing it.

Do you do everything on that site, like the recordings and editing?

A 'recording' is sound saved on a tape or disk and can be replayed many times. Notice the following:

Now I actually outsource to do things on the site.

When you 'outsource,' you contract people outside your company or in another country to do a specific task. Notice the following:

I just find people, like digital assistants online, and they specialize in one thing.

A 'digital assistant' is someone who helps you with your work via the internet. Notice the following:

You can find someone who's a photo editor and then you hire him.

You 'hire' someone when you contract him to do a specific job for you. Notice the following:

A 'transcription' is a written copy of spoken words. You can read what is said being said on an audio recording. Notice the following:

They'll work for many people, so they'll just cobble together many contracts with different people.

When you 'cobble' things together, you put them together in a group or combine them. Notice the following:

Sometimes they email me, and we just contact back and forth.

Contacting someone 'back and forth' involves them contacting you and you responding and repeating like this. Notice the following:

If something is 'convenient' is a very easy and accessible way to do something. Notice the following: