Josh and Todd talk about simple daily chores they hate to do and why they dislike them. 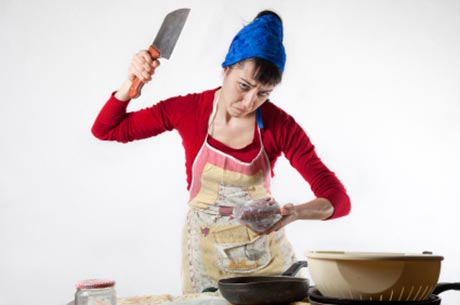 Todd: Okay. So Josh, in another interview we were talking about foods that we don’t like, now let’s talk about activities or things we don’t like to do.

Todd: Is there ... are there any other activities you really dislike doing?

Josh: Well, you mentioned washing dishes, I don’t like that one.

Josh: I'd much rather mow the lawn than wash dishes.

Todd: So what's it about washing dishes that you don’t like?

Josh: I guess, it’s just the idea of touching dirty plates that everyone ate off of and then they sat at the sink for a couple of hours and it grosses me out. So I’ll do it but it’s not something I enjoy.

Todd: Yeah. That’s interesting because I’m actually ... like I don’t like cooking. I hate to cook but I don’t mind doing the cleanup.

Josh: You see, I love cooking.

Josh: I cook all the time.

Josh: And I guess I treat it more as an art than anything and then I just work on it. And then when it’s done, I like when people are like, “Oh, it’s so good." And I’m like, “Thank you.”

Todd: So are there any other household chores you don’t like to do, like dusting, there's dusting.

Josh: I can’t stand dusting. I was actually going to say that one.

Josh: Because it just gets my allergies going so badly.

Josh: Absolutely, you could do it every day and still need to do it the next day.

Todd: Yeah. And like you can ... like my house is really bad, like it builds up and you know, you almost don’t want to look on the top ledges or anything.

Todd: That’s definitely my motto, just don’t look at anything above eye level and then it does...

Josh: Right. You don't have to worry about it.

Todd: Right. And it does like ... it’s the one thing where it's probably not healthy for you, right? Because you can be breathing it in.

Josh: Actually, I read somewhere that dust is actually 98% dead skin that just drifts off you.

Todd: Is that true?

Todd: That’s disgusting, isn’t it? And we breathe that in, it’s all floating in the air all the time.

Todd: And if you leave your windows open, it’s you're whole neighborhood. Well there’s a lot of dead people in this house I tell you that. What about outdoor stuff, you know you’ve got pulling weeds, mowing the lawn, watering the grass, taking out the trash, any outdoor stuff?

Josh: Well, I actually like mowing the lawn. It’s a good workout, you know, especially if you have an old fashioned push lawn mower.

Josh: So you get a good workout and push it around and the grass looks a lot better. And then weeding is a pain because you've got to get down on the ground and get in the mud and pull it all out and like buckets, and it’s never done like dusting, yeah.

Josh: Yeah, exactly. Every day, there’s a new one.

Todd: Right, And the position that you have to be in to pull the weeds, it’s so uncomfortable.

Todd: Yeah, there’s always jobs you hate to do.

sit in the sink

Then they sat at the sink for a couple of hours

To sit in the sink is when something is in the sink. Notice the following:

it grosses me out.

To gross out is to feel very uncomfortable about something. Notice the following:

Everything's getting progressively dirtier and dirtier.

Progressively is increasing over time. Notice the following:

My motto is a personal way of thinking. Notice the following:

It hurts to crouch down.

To crouch down means to bend your knees to lower your body. Notice the following:

1286 Home Schooling
The Pros and Cons of Home-Schooling.