Abidemi talks about how being from Nigeria made her different and interesting at the same time. 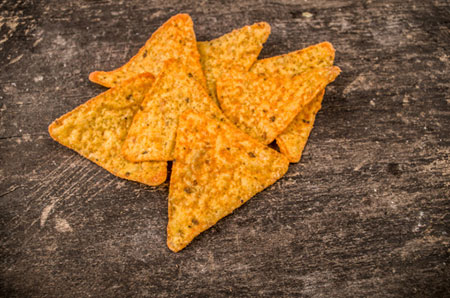 Jeremy: So you were 12 when you came to Canada.

Jeremy: Do you remember anything that was either really similar or really different from how teachers taught or from the classroom experience? Were they more or less the same or were they shockingly different?

Abidemi: Actually, I think they were different in a lot of ways. For some reason, I had finished my grade 6, which is like primary 6; they called it in Nigeria, which is the end of high school—no, sorry. The end of elementary school in Nigeria.

So when I came to Canada, they put me into grade 7 thinking it’s the next level. But my level was higher so they put me into grade 8 after that. So I got to skip a grade, which was really great. But I remember in terms of the way of thinking; in my English literature class, we had a conversation and we had to finish a story. And it was like, “Suddenly, something appeared in the sky. What is it?”

And all my classmates were, “It’s a UFO.” For me, I’d never heard of a UFO. So they were like it’s a UFO. It makes somebody disappear, it picks up somebody, and one of their classmate and another person disappears.

But in my essay, I’m like—it was just weird. I had a totally different way of thinking and processing things. And that really surprised my teachers because when they wrote my composition, they compared it to the rest of the class, to my classmates and they were like, “Wow, this is interesting that you’re the same age and we’re all speaking the same language, but the way we view things is very different.”

And I guess, to me as well, it was my first exposure to cultural differences. And then after that, many years later, coming to Japan and being different again, in a different setting, it made me think back to that time thinking, wow, you can’t always expect the same things. Differences come in weird places sometimes.

Abidemi: So yeah, that’s one thing I remember. But a lot of things were the same. We are the same, and yeah, different.

Jeremy: So Abidemi, just in terms of sort of the simple things in life, when you came to Canada, were there any foods or drinks that you were particularly fond of right away or thought were particularly strange?

Abidemi: Hmm, very good question. Food, a lot of food was all right, right off the bat, like we didn’t have any difficulties with that. But one thing I do remember was nacho chips. We were not used to cheese, the taste of cheese. So my sisters and I, what we would do is we would buy nacho chips, like, Doritos—I don’t know if everyone knows that—and we would wash it because the cheesy taste was strange. So we would wash it before eating it and then we would eat it. And I have some friends who will just stare at us, like, “What’s the point? Why would you buy that flavor of chips? That’s the whole point, to taste that.” But we were like, “No, we can’t eat this.”

But eventually now, I love Doritos. I have grown accustomed to the taste.

Jeremy: You probably made it healthier though.

Were they shockingly different?

Something shockingly different surprises you greatly. It shocks you. Notice the following:

In terms of the simple things in life, what was different?

The simple things in life are things people do every day like eating, getting around, etc. Notice the following:

Right off the bat, we didn’t have any difficulties.

Right off the bat means at the beginning. Notice the following:

I have grown accustomed to the taste.

To grown accustomed to means to get used to. Notice the following: