Amy and Paul talks about traffic accidents they saw or experienced themselves. 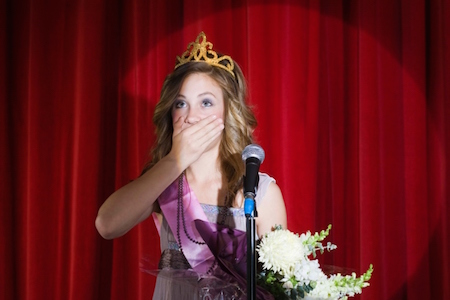 Paul: So I was on my way to work the other day, and I saw this really—you shouldn't laugh but it was quite funny traffic accident. I shouldn't laugh but this old lady was in her car. And bless her, she must have got confused and she put the car into reverse and when she went to like put the car in forward gear, and she drove like straight into the person behind her and smashed up the car behind her.

Paul: I mean, it was an innocent mistake but it could happen to any of us but it was a bit, sort of calamitous really. How about you? Have you had any car accidents?

Amy: Not like that. I've been in a car—I was a passenger in a car accident. When I was about 17, my boyfriend at the time was driving too fast on a country road with a national speed limit. So he was going pretty fast and then we were pulling into a small village, so he had to slow right down. The roads were very, very wet. It was dark. He came up over a small hill and there was a big jeep suddenly waiting to turn right and he stomped on the brakes and skidded right into the back of it. So his little car just got demolished by this jeep.

We were okay. He hit his head on the steering wheel. And I think I had seatbelt pain from where the seatbelt was but yeah, the car was a write-off. But we were okay.

Paul: Wow. Thank goodness for that. It sounds like pretty horrific.

Amy: It taught him to, I guess, be a better driver. He was driving too fast on slippery and dark conditions.

Paul: Yeah. I guess when you're at that age, you almost feel like you're untouchable, nothing can stop you. So sometimes, you need those sorts of experiences to kind of make you realize that.

Amy: Yeah, we were really lucky, for sure.

It was an innocent mistake.

A innocent mistake is a mistake that is easy to make and not intended. Notice the following:

It was sort of calamitous really.

Something calamitous (a calamity) causes great damage. Notice the following:

He stomped on the brakes.

When you stomp on something, you step on is very hard. Notice the following:

The car was a write-off.

A write-off is something that no longer has value due to damage. Notice the following:

You feel you're untouchable, nothing can stop you.

When you are untouchable, you feel bad events cannot happen to you. Notice the following:

#1322 The Recovery
An accident that ruined a special day.
BEG 3
Nuri