Diana talks about her city, Chicago, and what she likes about it. 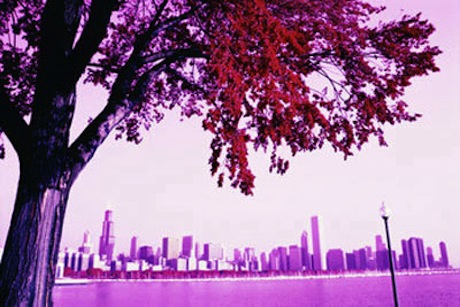 Todd: OK, hello, could you say your name please?

Todd: Diana, where are you from?

Diana: I live in Chicago.

Todd: Great, Chicago! How long have you lived in Chicago?

Diana: Actually, only for a year. I'm mostly a mid-western girl. I've lived all over the mid-west.

Diana: I was born in Iowa, and I lived in Indiana after that, and then I moved to Illinois, and then I grew up mostly in Michigan, but now I live in Chicago and I love it.

Todd: OK, so Chicago is your favorite place?

Diana: It's busy. Everyone in Chicago is always busy and they're doing their own thing, and it's just fun to be in such an exciting atmosphere.

Diana: Yes. If you like to eat Chicago is a good place to go. My favorite place is the Taco Burrito Palace.

I'm mostly a mid-western girl; I've lived all over the mid-west.

The 'mid-western' states of the United States include Illinois, Iowa, Wisconsin, Minnesota, Michigan and North  and South Dakota.  It is the middle region of the U.S.  A 'mid-western girl' would come from or live in this part of the country. Notice the following:

I grew up mostly in Michigan.

If you 'grow up mostly' in one place it means that you lived there almost all of the time when you were growing up. Notice the following:

doing their own thing

Everyone in Chicago is always busy, and they're doing their own thing.

When people 'do their own thing' they have their own personal plan or things that they like to do.  It means that people are independent.  Notice the following:

It's fun to be in such an exciting atmosphere.

When we are surrounded by places and people that are fun and interesting we are in an 'exciting atmosphere.' Notice the following:

'Good food' is food that is delicious or tastes good. Notice the following:

Complete the sentences with the words below.
mid-western • grew up • own thing
atmosphere • good food