Roe talks about his first job and how successful he was at it. 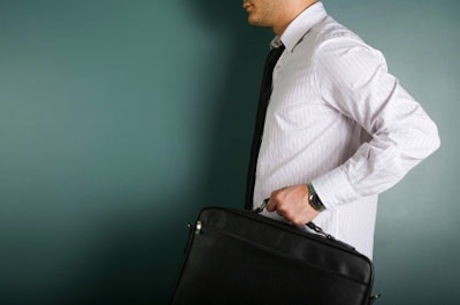 Todd: OK, Roe, why don't we talk about your first job.

Todd: Yeah, tell us about your first job.

Roe: You mean my official full-time first job, talking about!

Todd: Yeah, sure. How about that?

Roe: OK. That was right after graduating university. I became a salesman.

Todd: What were you selling?

Roe: I was selling nothing.

Roe: Nothing. Well, basically I was selling a membership. So, that's, it's not something people can see or visualize, but it's like just membership, so.

Todd: Was it like a membership to a country club?

Todd: Nice. Was this in Japan or in the US?

Todd: Wow. What was the best thing about your job?

Roe: Troubles! Cause I have to knock on people's houses.

Todd: Oh, wow, it was door to door

Todd: 5 million yen to start and you must have been in very rich neighborhoods.

Roe: No, actually we just go to any areas. We just stop off at a station and we start from there.

Todd: Really. Were you successful?

Roe: It's a long story but to be honest with you, how many memberships do you think I sold in a year?

Roe: Can you believe it!

Todd: So you must, so you remember the lucky person? Probably still remember that person

Roe: And you know what, the person who bought my membership, is who? My father.

Roe: It was rough, really. It was really rough.

Todd: That's a lot of rejection, every day. No, no, no

Roe: I know, I mean if you think about it, that's natural though, I mean 5 million yen. and I can't really show the place, cause I can't take the person to the place. all I can do is show the picture and speak and that was right after the bubble economy bursted, so nobody had really, nobody had money, so.

Todd: Wow, man so were you depressed? Were you sad?

Roe: It was very interesting. It was hard to motivate myself. The people would call the police, and call me like a robber Yeah, yeah, cause I had to like open the gate and run to the door and stick my leg so that they won't shut the door.

Roe: Yeah, that's how you do it. Door to door sells.

Roe: I am, I work for Yokohama city and I am in a place called Yokohama Convention Bureau. It's a city job.

Todd: OK, so the Yokohama Convention Bureau. OK, so you deal with foreigners, naturally cause it's in English.

Roe: And travellers and visitors and what have you.

Roe: Interesting! Like I said I meet talk to about over 2,000 people a day, so it's kind of tiring though.

Roe: About 200 people an hour. My office is at the station. Yokohama station. Right out of the gate of the JR, so people are going to stop by.

A 'full-time job' is a job where you work 40 hours a week or more.  Notice the following:

It's not something people can see or visualize.

To 'visualize' something is to imagine it and see it inside your head.  Notice the following:

That's a lot of rejection.

It was hard to motivate myself.

To 'motivate' someone is to stimulate them or verbally push them forward, often when they are trying to do something difficult.  Notice the following:

People are going to stop by.

To 'stop by' a place is to make a short and informal visit or stop.  We use this word to describe a general plan that has no exact time.  I will stop by your house sometime tomorrow. Notice the following:

Complete the sentences with the words below.
full-time • visualize • rejection
motivated • stop by