Christian explains his secrets for becoming good at English. 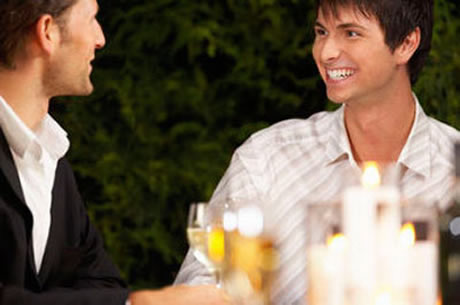 Todd: And many people from Norway have excellent English. What is the secret about Norway?

Christian: I don't know. I actually heard that before that I meet a lot of people and they say,"Oh, you're from Norway. Norwegian people speak such good English. Why is that?" Personally I think it's because we get a lot of exposure to English, through TV, music, media, everything, and we don't dub movies and TV programs like they do in many other countries. We get subtitles. And the same with music. English music is very, very popular. Probably more popular that Norwegian music, and I guess as well the education system provides us with really good, you know, teaching so, I mean all those combined together, you know, creates, how to say.

Christian: I don't know super speakers. It's a good combination, I guess in term of learning the language, so, you know, and a lot of Norwegians travel as well and they have time to practice as well, which is important if you want to speak English well.

Todd: Sure, well, how difficult is it to learn Norwegian?

Christian: That is probably more difficult that English, I'd say, but it's interesting I have a private Japanese student at the moment and he went to Norway on exchange from his university here in Japan and he didn't speak a word of Norwegian before he went but he spent the year there, and he now can have a decent conversation with me in Norwegian. That's three years ago since he went there, but still he speaks pretty well.

Personally I think it's because we get a lot of exposure to English.

We can use the word "personally" in a sentence where we state our opinion.  It is like saying, "You don't have to agree with me, but I think this."  Notice the following:

We get a lot of exposure to English through TV.

"Exposure" to English is seeing it or hearing it.  If we are exposed to something it is around us even if we don't look for it.  Notice the following:

When you "dub" a movie you replace the voices of the real actors with someone saying the same thing, but in your language.  A movie that was originally made in English may be dubbed in French or Spanish, for example.  Notice the following:

"Subtitles" are the translated words that appear at the bottom of the screen if you watch a movie that is in a different language.  Notice the following:

He now can have a decent conversation with us.

A "decent conversation" is one that is respectable, appropriate and probably informed.  Referring to the example, maybe before he had nothing interesting to say and now he does.  Notice the following:

Complete the sentences with the words below.
personally • exposure • dubbed
subtitles • decent