Alexandra talks about how a hurricane greatly changed the city of Miami. 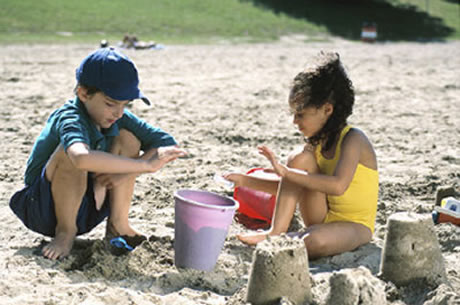 Todd: So, Alexandra, you said that you were born in Miami.

Alexandra: Yes, I was.

Todd: And you still live there?

Todd: Has the city changed a lot?

Alexandra: Actually it has. As a young kid, there was a lot more freedom as a child to just run around your neighborhood or ride your bike, go to school without being escorted by a parent or going on a bus, you could walk to school or ride your bike to school. Now there are so many more people in the city and the demographics have changed due to a hurricane we had about ten or twelve years ago, and so it's, the parents now have to be more vigilant with their children. Be more careful. There's more people.

Todd: You said a hurricane changed the demographics.

Alexandra: Yes, in, Hurricane Andrew had come into Florida, lower, southern Florida, and had completely demolished this south of Miami, a city called homestead, and all those residents moved up to Miami, and many of the residents in Miami that had damage from the hurricane moved up to the next county up. So you have a completely different demographic coming in. Many people from other parts that were affected in South Florida also moved up, and also the people that are originally in Miami, some even moved out of the state. They had enough of hurricanes. You get a category five which is probably the strongest hurricane there is, blow through and completely destroy your home, you really don't want to stick around anymore for another taste, so and also Miami has become a very popular place to come and live and work, so you have an increase in population, and different types of population. As I said before there's many different people's from different countries and every so often you have a new wave of immigrants coming in, so it changes things.

Without being escorted by a parent.

If you are 'escorted' by someone they take you from one place to another to make sure you arrive safely. Notice the following:

The demographics have changed due to a hurricane.

'Demographics' of an area are the statics about the population of that area. For example, information about age, gender or race are demographic information. Notice the following:

Parents now have to be more vigilant with their children.

A person who is 'vigilant' is alert and aware of what is happening around them. A vigilant parent is very aware of what his child does. Notice the following:

You really don't want to stick around.

To 'stick around' a place means to stay there longer than you have intended to stay. Notice the following:

You have a new wave of immigrants coming in.

A 'wave' of people is a group of people that enter a place at the same time. A 'new wave' would be the people who have arrived most recently. Notice the following:

Complete the sentences with the words below.
escorted • demographics • vigilant
stick around • new wave