Travis talks about a wedding he has to attend. 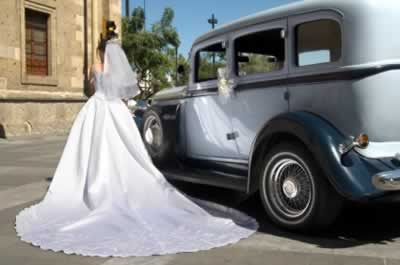 Todd: So Travis, you said your brother is getting married.

Travis: Well, actually not my brother, my cousin is getting married. On my family's side of the family, on my father's side of the family, I have quite a few cousins and quite a few uncles and aunts. My dad is one of eight children, so we've always been very close and basically we've been a nuclear family around my grandparents of my dad's side, so my cousin, Brian, is going to be getting married in Puerto Viarta, Mexico, and I think that wedding is taking place about August 9th.

Travis: So we are all going to be going out there as a family. Hopefully we'll have as many as maybe forty of us, and whoever the bride invites , and we'll be on the beach for about 3 or 4 days, and have a wedding of Saturday, so it should be pretty exciting.

Travis: It is pretty far away so it should be kind of expensive for all the guests to get there, which might be planned on my cousin's side because he might be trying to limit the amount of people who come to his wedding, so it won't get to overly large, and Mexico is actually cheaper to have a wedding than the United States because the power of the dollar versus the power of the peso, is you know, quite strong,
so you can go down to Mexico and for maybe a third the price have the same lavish wedding you might have in the United States, though Puerto Viarta might be a little more expensive than a normal Mexican wedding because Puerto Viarta is sort of a tourist and resort community.

Todd: Have you been to Puerto Viarta before?

Todd: I'm from San Francisco and even I've been to Mexico.

Travis: Well, Tijuana is a place everybody goes to, and it's never had any big appeal for me. Typically, southern Californians will go there, as soon they turn 18 , cause at 18 you can drink in Tijuana, and you can't drink in California when you're 18. You have to wait until you are 21, so that's a big reason to go I suppose, but I never made it down there.

Travis: I'm sure I will.

father's side of the family

I have quite a few cousins on my father's side of the family.

Your 'father's side of the family' includes your father's parents, his aunts and uncles, brothers and sisters, their husbands or wives and their children. This is frequently shortened to 'my father's side' in conversation. Notice the following:

My dad is one of eight children, so we've always been very close.

If you are 'very close' with someone you have a good relationship with him and he knows about what is happening in your life. Notice the following:

Basically, we've been a nuclear family around my grandparents on Dad's side.

Usually 'nuclear family' refers to just the parents and the children that live in the same house.  Travis is saying that his extended family is so close that they acted like a linear family. Notice the following:

power of the dollar (or peso)

The 'power of the dollar' refers to value of a US dollar in Mexico, not just in terms of pesos, but what it can buy as far as things or services. Notice the following:

You can have the same lavish wedding in Mexico for a third of the price in the US.

A 'lavish' wedding is very fancy and elaborate, sometimes a little extravagant or excessive. Notice the following:

Complete the sentences with the words below.
father's side • very close • nuclear
power of • lavish