Hitoshi talks about his country. 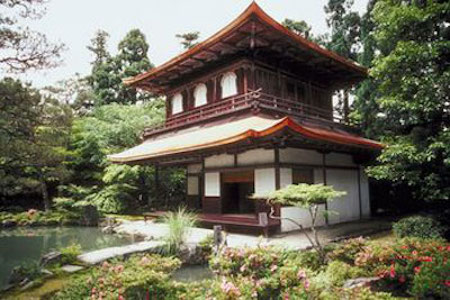 Todd: Hello, what is your name?

Hitoshi: My name is Hitoshi Fukuda

Todd: And where are you from?

Hitoshi: It's north of Tokyo.

Hitoshi: But, when I was ten I moved to Uwara, which is in Saitama.

Hitoshi: And I've been there ever since.

Hitoshi: Japan? Well, it's a very crowded country, a lot of people. And it's very small in terms of the size you know of the area. It's actually smaller than California.

Hitoshi: And then, two-thirds of the area is covered by forests.

Todd: Man! And what is the capital city?

Todd: Tokyo. And who is the leader of the country?

The origin is the beginning of something or where something started. Originally is the adverb. Notice the following:

And I've been there ever since.

We use the phrase 'ever since' to talk about a point in time in the past when something began that continues into the present time. Notice the following:

It's very small in terms of the size, you know, of the area.

Two-thirds of the area is covered by forests.

Two-thirds is written form of the fraction for 2/3. It means that if you divide the land in Japan into three parts then two of these parts are covered by forests. Notice the following:

And who is the leader of the country?

The leader is the person in a group with the most power or responsibility. The other people in the group follow the leader. Notice the following:

301 Japan
Hitoshi talks about his country.

Vocabulary Quiz
origin • since • in terms of
two thirds • leader