Simon and Michael compare the places they have visited. 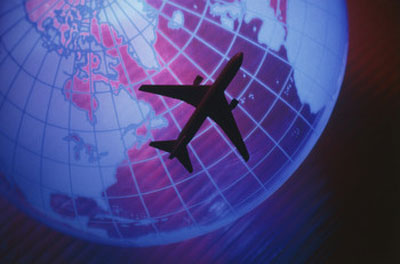 Michael: Simon have you done much traveling?

Simon: I'd like to think that I have. Yes.

Michael: OK, so where have you been?

Simon: Well, I've been to a lot of places. I'd probably say about twenty different countries. I've taught English in Japan, Korea, and in Thailand and traveled throughout Southeast Asia. I have family in Europe so I've done the, you know, the high school backpacking trip around Europe and since I'm North American I've visited pretty much all of North America, you know, US, Mexico, Canada, and I went on a delightful trip to Cuba.

Simon: How bout you? Are you well traveled?

Michael: Um, not as well as you. I think my tally is now is 14 countries. I've been to Scotland, Ireland, England. I've been to Trinidad and Tabago.

Simon: Wow that sounds! That would be an interesting place.

Simon: Oh, wow. That's quite a few. Travel in Japan is quite difficult actually. For those of us that don't make a lot of money anyway.

Michael: Yeah, it is kind of expensive, but actually, the prefectures are so small, that you can go to quite a few on a local train from Tokyo.

Simon: That's true. That's true. Ah, is there any prefecture that stands out in your mind as being special or interesting or different?

Michael: Mm, that's a good question. Prefecture! I don't know about Hiroshima prefecture but the city stands out in my mind. The people are really, really lovely. And as far as the scenery, Mie prefecture is gorgeous and for that real Japan experience for that people from abroad, their image of Japan, Hakone in Kanagawa. I stayed in a Japanese inn there and it was just perfect.

Simon: Wow, that sounds great. Yeah, for me, the real good stuff in Japan was Tohoku because it's one of the few places in Japan where you don't see power lines everywhere but you still have a lot of Japanese traditional architecture and style.

Michael: Yeah, I had one of those experiences in Tohoku, I think it was in Akita, driving and we passed, we were on a bridge and we passed by a valley with a very traditional Japanese houses and a little tiny river and it was exactly like you imagined Japan.

I've done the, you know, the high school backpacking trip around Europe.

A 'backpacking' is type of extended trip usually undertaken by students or young adults. Backpacking is a way to travel the world on a limited budget. It is called 'backpacking' because the travelers carry all of their things in a big backpack.

I went on a delightful trip to Cuba.

'Delightful' is a word used to describe something in a positive way. Something 'delightful' gives you pleasure and happiness.

Are you well traveled?

If you are 'well traveled' you have been to many different countries.

'Gorgeous' is a word used to describe something that is really beautiful.

I stayed in a Japanese inn.

An 'inn' is a type of small hotel or lodging.

301 Japan
Hitoshi talks about his country.