Kawabe talks about a time he had an Interview for a job he really wanted. 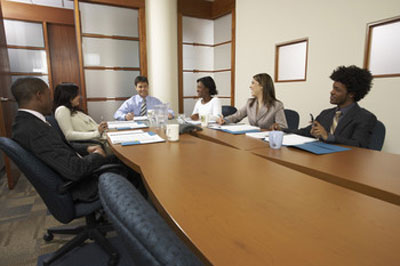 Todd: Kawabe, can you talk about your first job interview?

Kawabe: Sure, first job interview! This is a funny story and that was a time I took the interview, had an interview with the TV broadcaster, and then it was a very famous one in Yotsuya, in Tokyo and that was a very important interview because the job is interesting and there are many, there are so many applicants to the same position so, and the thing is I was late for the that interview and I was late for thirty minutes. I was really bad, you know, and then the reason is, at that time I was working for, I was a bike rider at a delivery.

Todd: Oh, really, what did you deliver?

Kawabe: Ah, the documents and you know whatever it is when you want to send somewhere the thing fast!

Kawabe: That's what I was doing, and then before the interview I was delivering one thing.

Kawabe:And then, so, anyway, I was late and in my bag, when I was driving the motorcycle I put my suits and shoes and everything, I've got to wear for the interview and I was in a rush, and I'd been to that building where I had an interview and in front of that building there was a MacDonald and then I rushed into the toilet of that MacDonald that was on the first floor and I think, you know, it was funny if you were looking at me. I was wearing..

Todd: I can imagine.

Kawabe: I was wearing like a driver's suit and when I came out from the toilet I was in a suit, like Superman! And then, yeah, I changed my clothes, very very quickly in the toilet and I rushed into the building for the interview but I was 30 minutes late, and actually I got a great interview with the guys of the broadcast station, but ah, since I was late that was the only and biggest reason I couldn't get that job. Actually, they said that if you were not late I could take you, so it's a funny story, now but at that time I was like so disapointed with myself, (Yeah) I was so stupid. The job was great!

Todd: I've done that too! I think we all do that at one point. Well!

Kawabe: Yeah, I learned a lot of things from that experience.

Todd: But you got another job with another TV company after that, correct?

Kawabe: Mm, it's not a TV company but the same kind of job and it was lucky cause, since I missed the first one I got the second one and that is why I could join to the World Cup.

Todd: It all worked out at the end!

There are so many applicants to the same position.

An 'applicant' is the person who has applied for a job vacancy.

I was late and in my bag, when I was driving the motorcycle I put my suit and shoes.

A 'suit' is a smart outfit that is worn to work or another formal occasion. It is usually nice pants and a nice jacket with a button-up shirt and a tie.

And then I changed my clothes, very very quickly in the toilet.

When you 'change clothes' it means that you put on a different outfit.

1. After I leave school I always change clothes before I go out to play.
2. You need to change your clothes, the ones you are wearing need to be washed.

I learned a lot of things from that experience.

In this case, 'experience' refers to something that you have done or seen in your life.

It all worked out at the end!

If something 'all worked out' means that there was a positive outcome despite initial problems.