Eoin talks about what happens after he performs on stage with his band. 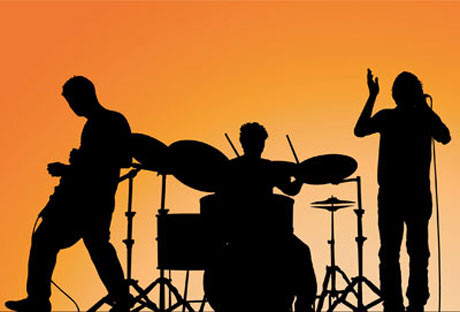 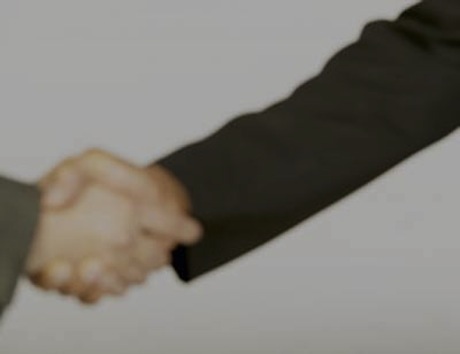 Todd: So, Eoin, when you finish playing your gigs, when your band is finished, so then is it you just sit back and have drinks with the people and you know hit it up.

Eoin: Yeah, in an ideal world. I mean we certainly have drinks, but there are a few other things that we normally have to do, especially if we're playing away from home at a live house not close to where we are, where we've been invited as a guest band. We normally give out questionnaires to the people who've been watching.

Todd: Wait a minute. You give questionnaires?

Todd: You ask people to evaluate you?

Eoin: Yes and no. In fact the questionnaires that we give out, most of the questions are completely meaningless, like just sort of jokey questions about whether you like ramen, which is a kind of Chinese noodle soup or some other things like that, but basically the reason we give it out is the question at the bottom which says if you are... if you enjoyed the performance and would be interested in seeing this band again, please write your e-mail address.

Eoin: So that's the real aim of giving out questionnaires, so if we get the e-mail addresses of the people, then if we come and play at that place again, or that city again, we can send out an e-mail to all of the people who said they were interested in coming again, and hopefully a few of them will come and that way the owner of the live house is also happy cause a few more customers are coming in.

Eoin: So even if we weren't to get any addresses, at least if they owner sees us giving out the questionnaires, he's thinking, ah, there's a chance they'll bring some more people this next time than they did the last time, and so it makes him more likely to invite us back.

Todd: Wow, you know, being in a band sounds like a lot of work.

Eoin: It is and I already have a job so it's like extra tiring, but it's enjoyable you know, like the creative aspect of making music and also performing, it is very enjoyable even though, as you said before, it's pretty short, the actual performance.

sit back and have drinks

You just sit back and have drinks.

When we 'sit back and have drinks,' that means we relax and have a beer or cocktails.  Notice the following:

Have drinks and hit it up.

Here, 'hit it up' means to have a good time.  Notice the following:

Most are jokey questions.

The live house is also happy.

Here, 'the live house' is a bar or club that hosts a live band.  Notice the following:

the creative aspect of making music

The creative aspect of making music is enjoyable.

The 'creative aspect of making music' involves the talent of the musician to write and perform new songs.  Notice the following:

Complete the sentences with the words below.
sit back • hit up • jokey questions
live house • creative aspect