Theo is a photographer and he shares his thoughs on cameras. 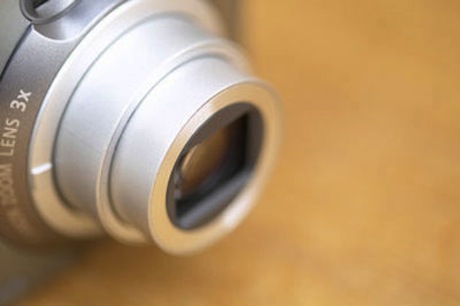 Hi! my name's Theodore and I'd like to talk to you a little about photography. When I first started studying photography I bought myself a fairly good film camera but since then digital cameras have been getting better and cheaper and recently I bought a somewhat expensive digital camera which I think can do just about as well as most film cameras for most things.

I'm particularly into photo-journalism so digital is fast and it gives me all I need for photo-journalism. And some people say that it's starting to get better quality than films, so I think digital is the way forward in the future.


When I first started studying photography, I bought a film camera.


To 'first start' something is to begin it for the first time.  Notice the following:


I bought myself a fairly good film camera.


If you 'buy yourself' something it means that you use your own money to buy something for you to use.  Notice the following:


I bought a digital camera which I think can do just about as well as a film camera for most things.


A 'film camera' is a camera that uses a standard roll of film.  A 'digital camera' doesn't use film, but stores the pictures digitally on a disk.  Notice the following:

particularly into or photo-journalism


If you are 'particularly into' something you really like it.  'Photo-journalism' is a type of journalism where the photographs dominate and are more notable than the written information.  Notice the following:


I think digital is the way forward in the future.


'The way forward' is how something is progressing or changing now and will continue that way into the future.  Notice the following:

56 Night Out
Clare is going out for a night on the town.