Matt talks about his city and how it has changed over the years. 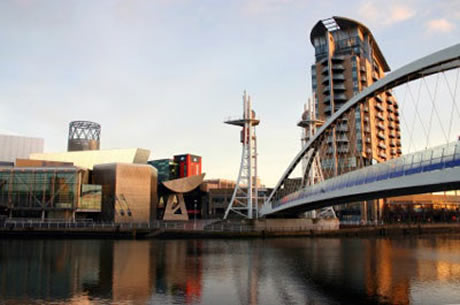 Todd: Hello, what is your name?

Mathew: My name is Mathew Gill.

Todd: Mathew, where are you from?

Mathew: I'm from England, from North of England, near Manchester.

Todd: Were you living in Manchester before you can to Japan?

Mathew: No, I was living in Bangkok, in Thailand, before I came to Japan.

Todd: Tell us about Manchester. What is Manchester like?

Mathew: Manchester's well know for being quite a grim, industrial town. but it's got a more modern reputation as a center of arts, and there's lots of cool music that comes out of there. Oasis from Manchester is the most famous band, and the Smiths, kind of fifteen years ago, came from Manchester.

Todd: Oh, that's great. I love the Smiths, actually. Do you like Manchester?

Mathew: I think it's a fantastic place, yeah.

Todd: I'd love to live there in the future. It's a great city.

Answer these questions about the interview.
Learn vocabulary from the Lesson

The phrase 'something like that' shows something is partially true.  Notice the following:

Manchester's well known for being a grim town.

A "grim" town is nasty and unfriendly; not a welcoming place to be.  Notice the following:

Manchester has got a more modern reputation.

Your "reputation" is what people think about you. Notice the following:

A more modern reputation as a center of arts.

A "center of arts" is a place that has recent or traditional art.  Places like this attract a lot of painters, photographers, and other artists.  Notice the following:

I love the Smiths, actually.

"Actually" has a similar meaning to "really" but it shows suurprise or contrast.  Notice the following: