Norman talks about things he can and can't do very well. 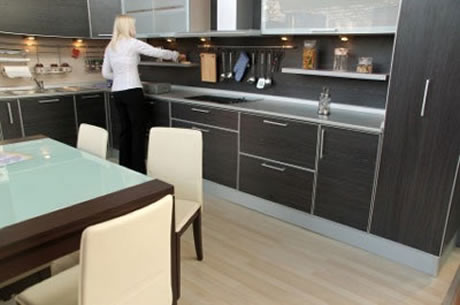 Todd: Yeah, OK. Neither do I. Do you like dancing?

Todd: OK. Uh..what kind of dancing do you like?

Norm: Oh, just not ballroom dancing, but just the ordinary one, you know, the just kind of just normal...nothing special.

Todd: Nothing special, no. OK. Do you like to cook?

Todd: OK. What, what do you like to cook?

Norm: I like to cook vegetables, yeah. Vegetables! OK.

Norm: Very much so I go, I used to go to the gym three times a week before I arrived in Tokyo.

I wish I could sing.

If you 'can sing' you have the ability to sing well.  Notice the following:

'Nothing special' is nothing interesting, exciting or different. Notice the following:

'Exercise' is physical activity, like running or playing sports, that you do to stay healthy.  Notice the following:

I used to go to the gym three times a week.

We use the phrase 'used to' for a physical state or a repeated action that was true in the past, but is not true now.  Notice the following:

A 'clean place' in this example is a clean house.  A house where things are sanitized and organized.  Notice the following:

can sing • nothing • exercise
used to • clean place