Ruth and Todd discuss what they are afraid of. 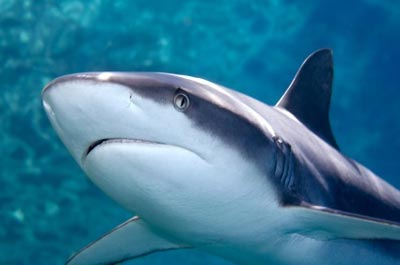 Todd: Ruth, what is something you are afraid of? Like snakes, spiders, rats?

Ruth: I know that sounds quite irrational, especially when I don't live near the sea but just the thought of being eaten by a shark. It's horrific. I really, really, I'm frightened of sharks.

Todd: Have you ever seen a shark?

Todd: I don't know really what I'm afraid of, I guess,I don't like heights too much. Yeah, so. I have to admit that when I'm on a plane I get kind of freaked out, when I fly, yeah. You think, "How is this thing staying in the air?". You know?

Ruth: You're always happy to land.

Todd: Yeah, yeah. Always, always, very happy to land, and often when I go home I have to fly across the Pacific and there's no land so you look out your window and you think, "Ah, if something goes wrong with the plane we can't land anymore, but that's very irrational because most accidents I think happen over mountains, so. I think so.

Ruth: Although if you landed in the sea, then there might be sharks.

Todd: That's true. How do you feel when you fly?

Ruth: I quite like flying actually. I quite like it. I mean I'm quite used to flying. I've flown to a lot of places. If it's a long haul flight, i guess it's a bit boring, but I like the handheld computer you get to play with.

Todd: Yeah, those are nice.

Todd: Now, you're a vegetarian so what's the food like?

Ruth: Oh, well the last time I flew I didn't get any vegetarian food. I think I forgot to tell them, so I had to eat the chicken, whatever.

Todd: Yeah, I heard that the vegetarian meal are actually better than the chicken or beef meal.

Ruth: Really, they're quite good, I mean when I've had then in the past they've been quite good.

Todd: Well, here's to not seeing any sharks in the future.

I know that sounds irrational, especially when I don't live near the sea.


Something that is 'irrational' is not practical or does not make complete sense. Notice the following:

Just the thought of being eaten by a shark is really horrific.


If something is 'horrific,' it causes you to feel horror or shock.  Notice the following:

I don't know really what I'm afraid of, but I guess I don't like heights too much.

I have to admit that when I'm on a plane, I get kind of freaked out.


'Freak out' can mean a lot of different things.  Here it means to get nervous about something.  It can also mean a sudden burst of excitement or anger. Notice the following:

If it's a long-haul flight, it's a bit boring.


A 'long-haul' flight is one that lasts many hours.  Notice the following: