Marion talks about the different cities in Italy. 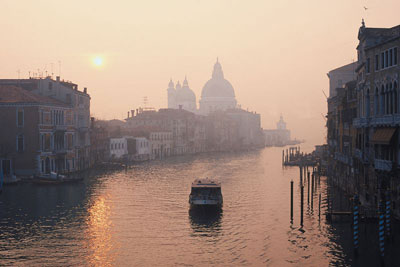 Todd: So Marion, you've lived in Italy. (Yes) Italy has many favorite cities. Can you talk a little bit about them?

Marion: Sure, well the first city I lived in was Genoa. And Genoa is on the Riviera, so it's a very beautiful place. It's a port city, so my apartment was actually looking out over the port, so I had a great apartment. It was a great view. Genoa has a very old center, so the buildings are hundreds and hundreds of years old obviously but it's quite dirty, well I don't really want to say dirty, but it's not very well looked after, the historical center, which is a pity but it does have really a lot of character. I really liked it.

Todd: So what other cities have you been to?

Marion: Well, I've been to Rome of course. I've been to Rome a few times. I think it's one of my favorite cities actually. I love the fact that in Rome, you walk out of your hotel, or wherever you're staying and you're just surrounded by history, by this amazing, you know, the Coliseum for example. Actually the first time I ever arrived in Italy, I came from the airport directly to the Coliseum station and I walked out the door of that metro station and there was the Coliseum in front of me. It was one of those moments. It was "Ah, my God!" and there was a full moon up to the left of the coliseum. It was like, almost too perfect, too good to be true.

Todd: Ah, did you get a chance to go to Venice?

Marion: Yes, I did. Actually, I went to Venice several times. The first time I went was great. We had a chance to travel around, or walk around, and see the city for ourselves. It's really amazing, you know all these bridges, and if you want to get anywhere you have to hop on a boat, and the second time I went though, it was for Carnival, Carnivale, that was amazing thing, so everybody is dressed up in their costumes, and the costumes are really, really elaborate actually and people were having their faces painted, that kind of thing, and everybody was in really good spirits, you know. It was a great occasion.

Todd: Sounds fun. And lastly did you get a chance to go to Florence?

Marion: Yes, I did actually. I went often because I lived an hour away in Pisa, and so Florence is amazing, it's just maybe the most cultural city after Rome as regards art galleries and that kind of thing and just the city itself. It's all that kind of Terra Cotta hues of the buildings, you know, and big piazzas, lots of statues and it has a bit of a rich feel to it actually, so, yeah. It's a really good place to people watch as well.

Todd: And Milan, did you get a chance to go to Milan?

Marion: Yeah, I stayed with a friend in Milan actually for a couple of weeks. Just a few years ago, even though I had passed through before, I didn't really like it because it's a big built up city, lots of smog and pollution, but when I stayed there with my friend and got to know it a bit better, I ended up quite liking it.

Todd: Ok, well, lastly, real quickly, if somebody was going to Italy, and there was only one city they could see, what would you recommend?

Marion: It would Rome, absolutely. Yeah.

Todd: OK. Thanks a lot Marion.

too good to be true

It was almost too perfect, too good to be true.

If something is 'too good to be true,' it seems impossible that it could be real.  Notice the following:

Everybody was in really good spirits.

To be in 'good spirits' is to be happy or in a good mood.  Notice the following:

Kind of Terra Cotta hues of the buildings.

A 'hue' is a color or a shade of a color.  Notice the following:

It has a bit of a rich feel to it.

If something appears to be expensive or luxurious, it has a 'rich feel.'  Notice the following:

Even though I had passed through before, I didn't really like it because it's a big built up city.

To 'pass through a place' is to go there, but not really spend any time there, to go quickly from one side of the city to another without exploring.  Notice the following: