The Languages of India

India has many languages. Nitya talks about them. 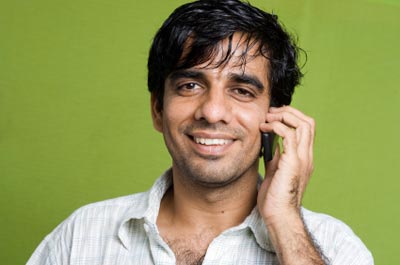 Nitya: Yeah, I like, I think that in India the different parts, they have totally different languages, that's sometimes it's a problem because somebody who comes for a travel, for traveling or something in the northern part of India, from South, it's really difficult for them to manage the language, because though are national language is Hindi, and also like, the constitutional national language is English, but still, I mean, India is really huge, people coming from South, there are some people like who do, who do understand Hindi to some extent, but there are many people who don't understand at all.

Nitya: Yeah, because we have 33 national languages. (Wow) so,

Nitya: Yeah, and I think that, I think that every child from India should be able to speak around two to three languages, basically.

Todd: What are the most common languages that people speak in India?

Nitya: I think Hindi, Guthratti, Punjabi, I think I cannot say common. Every state, every like, we have 27 states in India. Every state has it own language. Our general language.

Todd: 27 different general languages. (Yeah) That's what divides the country is the languages?

Nitya: No, it's divided by the states, I mean different states we call different parts of it, and also by the language. Yep.

Todd: That's pretty amazing. How many languages do you speak?

Todd: What do you speak?

Todd: Wow, and that's not even including English or Japanese.

Nitya: Yeah, OK, and then you include English and Japanese and that.

The constitutional national language is English.

A 'constitution' is a system of rules used to govern a country.  We also use this word to describe the legal document where all of these rules are listed.  In the example, the meaning is that English is the nationally recognized language, although there may be other languages used in the country.  Notice the following:

If something is 'huge,' it is really really big.  Gigantic.  Notice the following:

There are some people who do understand Hindi to some extent.

In the example, 'to some extent' can be replaced with a little bit.  If you understand or know about something to a certain extent you are not any expert, but you know something about the subject.  Notice the following:

Something that is unbelievable or amazing is 'incredible.'  Notice the following:

What divides the country is the languages?

To 'divide' something is to separate it into different parts.  Notice the following: