Aaron talks about being a bouncer and the types of people he works with. 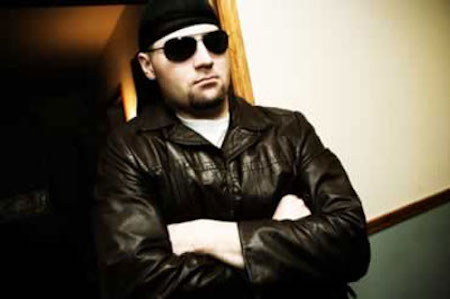 Todd: So Aaron, in Canada you're a bouncer.

Aaron: A bouncer! The bouncer is actually a name that, I guess it's called a colloquialism. Bouncer is not our actual job description. We're security. But a bouncer comes from the fact that we bounce people out of the bar. So we check around and make sure that the liquor laws are being enforced in the bar and that if people are being rough or rowdy or too drunk, we ask them to leave, and if they don't leave voluntarily, then we physically remove them.

Todd: So as a bouncer are you always getting in fights with the clientele?

Aaron: People always ask me, "Well, how many fights have you been in?" and I guess it depends on your description of a fight because I've been in over 500 fights but I've only been hit maybe four or five times because I'm breaking up a fight and then that person is angry at someone else but they're also fighting me to stay in the bar or towards someone, so I've been involved in 500 altercations, I guess you call them.

Todd: So, it you've been in that many fights, or whatever, when it happens do you get your adrenaline going? Do you get really nervous or is it just like, "Ah, normal."

Todd: So what's a good reaction?

Aaron: Well, a good reaction is usually if you're trying to talk someone out whose drunk, is you're talking first, and I always refer to it as a switch, there comes a point when you need to be physical and there's shouldn't be a gradual move up as a bouncer. You're talking to someone, you're talking to someone, and then there's an incident, a moment where you realize it's not going to be talked out, and you need to flip your switch and get physical right away, no questions asked and by physical, you know, my background is in wrestling and judo for that sort of thing so I'm not a puncher or kicker or striker so for me that's subdueing someone and draging them out. Yeah, I don't want to go too indepth here there are guys that have different roles on my crew as well. There was a guy who was a really chirpy guy who liked to yak a lot and there was a guy who was big and thick headed and intimidating and guys like me who don't really look that intimidating but are solid, and there's usually one guy, you don't really want more than one on my crew, who was the loose cannon who would, someone's yipping at him, would punch him in the face.

Aaron: I don't want -- well, that's the problem. Sometimes I do because you get those incidents where there's a guy who won't go out any other way except for a fight and you need your loose cannon to shut him up and the rest of his crew, and usually it just takes one shot from the loose cannon and then within five or six seconds everything is taken care of. The other guys are there. People are taken out. YOu never want a loose cannon on his own. YOu want him in a pair with someone.

The name 'bouncer' is a colloquialism of the fact that they bounce people out of the bar.

A 'colloquialism' is a common informal expression that is used more in spoken language than written language. Notice the following:

The bouncer makes sure that the liquor laws are being enforced in the bar.

If people are being rough or rowdy or too drunk, the bouncer asks them to leave the bar.

If a crowd is 'rough' or 'rowdy,' it means the people are acting in an aggressive or energetic way that could lead to a fight. Notice the following:

I had a guy on my crew who was a really chirpy guy who liked to yak a lot.

You can say that someone who is lively or cheerful is 'chirpy.' When a person 'yaks,' he continues to talk and talk, usually about nothing important. Notice the following:

A bouncer with the loose cannon would punch in the face anyone yipping at him.

Someone who is a 'loose cannon' doesn't have the ability to control his own emotions, especially anger or frustration. Notice the following: