The Good with the Bad

Aaron Talks about the good and bad points of his job as a bouncer. 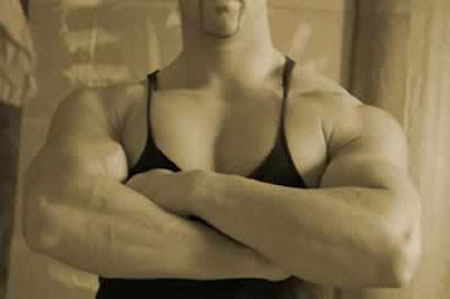 Todd: So, now you're a bouncer. What would you say is the best thing about being a bouncer?

Aaron: The best thing about being a bouncer, is that I did it mostly through university, and what's great about that is that you're working, when all of your friends are partying, so as a result, you're not spending any money, but usually you're friends are partying at your club

Aaron: So, you know, you'd be there, you talk to your friends, you do your thing, but your wouldn't spend any money.

Aaron: And of course as a young guy, I think I was 18, no I was 19 I think when I started, as a young guy, you know, 19 years old. You're in a position of power. Right. The girls want to know you. The guys want to be like you. Right. It's really, really a kind of a fun place to be at times.

Todd: That's pretty cool. So, I have to ask, what's the worst thing about being a bouncer?

Aaron: What's the worst thing about being a bouncer, is that you're being paid to get into something that no one else would willing go into. As a bouncer, I've dealt with a gun once, being pulled on me. I've had knives pulled on me countless times. I've got a little nick in one of my shoulders from a knife. I've dealt with roid monkeys.

Aaron: Basically just a guy who's totally pumped up on steroids and hormones. I deal with drug dealers. And your dealing with things that's kind of like the worst side of humanity, cause you see people who get drunk every weekend. YOu see the alcoholics. You see girls doing things they probably shouldn't be doing, and you feel if it was your sister, you would not be happy about it.

Aaron: I deal with quite a few girls who had roppies and so they would be sensing something is wrong and seek out a bouncer, and then all you have is this unconcious girl on your hands, and you know you can't trust anyone who comes up to you, and says, "Oh, that's my friend, because you don't know that and so you're stuck and you're not sure where to go.

If you work as a bouncer in your university, you can still get to talk to your friends while you do your thing.

Here, 'do your thing' means 'do your job.' This phrase can also refer to doing what you naturally do. Notice the following:

a position of power

Another good thing about being a bouncer is you're in a position of power.

When you are in a 'position of power,' it means that you can tell other people what to do. You have authority. Notice the following:

a little nick in one of my shoulders

I've got a little nick in one of my shoulders from a knife.

A 'little nick' is a small cut or a small piece that is removed from his shoulder. Notice the following:

the worst side of

You deal with the worst side of humanity, with drug dealers, alcoholics, et cetera.

Here, 'the worst side of' of humanity refers to the bad people who do bad things. The worst side of something is as bad as it gets. Notice the following:

If you have an unconscious girl on your hands, sometimes you're not sure what to do with her.

When someone is 'unconscious,' she does not have awareness. She is breathing like she is sleeping, but she isn't aware of anything around her. People become unconscious when they hit their head really hard, drink too much alcohol or take lots of medication. Notice the following: