Rina talks about how people often react to her tattoos. 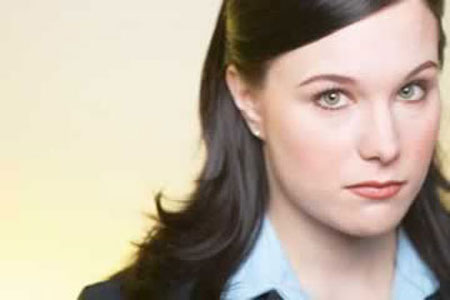 Wendi: Alright, so I want to talk a little bit about what people's impressions of you are when they see you're tattoos, either strangers or people that actually know you.

Rina: Some people it can be negative. Some people are interested and I have no problems with that if people are interested, and the negative feedback I get from it, it's OK. I know that these people were raised differently or they have different beliefs or ideas and I understand where they're coming from but, no, it's hard when people judge you just by face value but it's not my issue it's theirs so I'm OK with that.

Wendi: Right. Can you talk a little bit about a negative or really positive experience has been since you've had tattoos from other people. Do you have any situations that you can think of?

Rina: In general I've people just give me dirty looks and not like talk to me, or I had one gentleman slap my wrist one time when I was trying to get change back. He was being quite angry with me.

Wendi: Really, because of your tattoo?

Rina: Because of my tattoo on my wrist. I was holding out my hand and he slapped my wrist and it's upsetting that somebody gets that angry over your own personal decisions but it's their issue not mine.

Wendi: Yeah, what about in, kind of, in the tattoo parlor, like what kind of stuff do people talk about? Like, is it just like getting your hair cut, speaking to the barber, talking about what's going on in your life or?

Wendi: Can you tell me a little about what kind of stupid things people have wanted?

Rina: There has been people wanting a symbol of a car brand, like the make of a car tattooed on them, or just people's names or just random. A lot of times it's kanji.

Wendi: Right, so it's communication.

Rina: It's really ill-researched and no reason for it unless that's your native country.

Wendi: Right, can you tell me a little about what-- if you've ever seen a tattoo that you thought was just so well done.

Wendi: What was it and describe it?

Rina: It was actually a piece on a man and it started from his hip and it was his whole right side of his body, half of his right side and it was flowers and vines and it went around and up to his shoulder and turned into a half-sleeve and it was absolutely beautiful, colorful and just well done. The lines were clean. It was an amazing tattoo.

What are people's impressions of you when they see your tattoos?

The 'impressions' that people have about you are what they think of you the first time they meet or see you. The impression that we form is our first reaction to something. Notice the following:

Some people are interested, but I also get negative feedback from others.

You receive 'negative feedback' when you are not doing something the right way. In this case, many some people do not accept tattoos. Notice the following:

I had people just give me dirty looks, and I had one gentleman slap my wrist.

When you 'slap' someone, you hit them with the inside part of your open hand. Notice the following:

Some people want a symbol of a car brand tattooed on them.

A 'symbol' is an image that represents something. Notice the following:

Some people get those Chinese characters, and it's really ill-researched.

When you don't investigate something as well as you should, then it is 'ill-researched.' Here, Rina is saying that people don't investigate well enough what a Chinese symbol means and they get it put on their body forever. Notice the following: