How to Pitch a Film

Jeff talks about the process of trying to sell his film or how to get an audience for it. 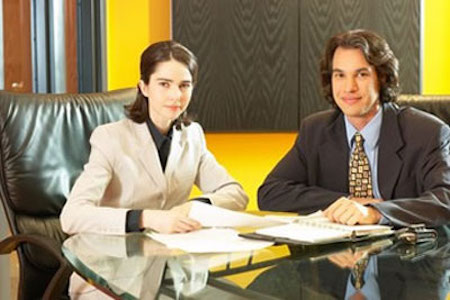 Todd: OK, now Jeff, you've been talking about your documentary. Can you talk about how do you actually pitch your documentary? How do you get it out there so people can see it on television?

Jeff: Because like I said before, it's independent so we have no one distributing this for us or we didn't sell this first before we shot the documentary which is usually the regular process so it just requires straight salesmanship, going door-to-door, talking to different channels and stations and seeing if they're interested, really trying to be convincing and making them think that this is something that the audience really wants. Just door-to-door.

Todd: OK, so let's say you go into a television studio and you have your documentary on hand, what do you say? Like, how do you get someone to even look at it?

Jeff: Yeah, that's very difficult. Usually in this world a good saying is everything is who you know and without having a foot in the door somehow, you're usually rejected, so and the good thing is that I do know a few in a few different countries so I can usually get a connection somehow who works in a studio or in the television station somewhere and they're recommended, we're recommended to them by our friend, so usually it's a foot in the door or someone else.

Todd: OK, and actually, let's talk about money. Like how did you actually pay for this documentary? I mean, did you put it on a credit cards or what?

Jeff: Well, doing a documentary is very expensive, very very expensive, and luckily there's three of us, three brothers who did this so we split the costs and one of the reasons we chose India is because it's one of the cheapest places in the world, which allowed us a little bit of mobility to stay as long as we did, and film as long as we did because everything is so cheap there so. And then yeah, we just put it on credit cards. All our savings. Spent all our savings on this documentary.

Todd: So for a filmmaker, or documentary personnel, how do you get your money back?

Todd: Well, I hope you strike it rich.

How do you actually pitch your documentary or get it out there on television?

When you are trying to sell something, you have to 'pitch.' This means that you go around and talk to people about the reasons that they should want to buy or invest in your product. Notice the following:

It requires straight salesmanship and talking to different channels and stations.

A 'channel' is a specific frequency on your television that broadcasts programs. When you use a remote control with your television and you go from one program to another, you are changing the channels. Notice the following:

a foot in the door

It's difficult without having a foot in the door, so it's important to get a recommendation.

Having a 'foot in the door' means having a connection with someone or experience in a particular industry. Notice the following:

The documentary is very expensive, so the three of us split the costs.

If you 'split the cost' between three people, you divide it equally between the three people. Each person would pay one third of the total cost. Notice the following:

Well, I hope you'll be able to sell it and strike it rich.

'Striking it rich' refers to making a lot of money, usually quickly and involving some amount of luck. Notice the following: