Jeff want to start his own company. He talks about the kind of company he wants. 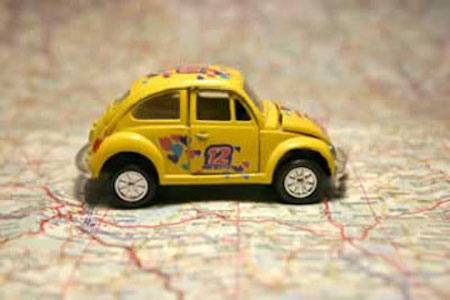 Jeff: Difficult question, Todd. I guess the job that I would like to do, it might not be the coolest job, but I think it would be a fun job and I think it would pay OK, would be running a small tour company, so taking small groups of people to exotic locations like India and having a sort of very intimate tour so that you don't stand out in the country you're in and the people you're taking on the tour get to sort of blend in and see some of the real views of the country.

Todd: Now, that actually surprises me a little bit because you're a very worldly person Jeff and you're very conscious aboutculture and things like that. Don't you worry that if you have a job where you're bringing people into another culture that you maybe ruin it or spoil the culture a little bit?

Jeff: Yeah, Todd, that's a good point, but I think it's inevitable that they're going to go anyway, so you can take them and take them on a very low impact tour, where it doesn't disturb the country so much or you can let them go with a big organization that sort of takes them through a country so it's like a zoo, where there's no interaction and they're sort of looking, looking through a window so I think if I take them it will be less destructive to the culture.

Todd: OK, well, so there are a lot of tour companies out there, so if you had a tour company what would you do differently? Like how would your tour company be different than the others?

Jeff: I think I would try to use a lot of local people in the service so instead of bringing people over with you and having them do everything, I'd sort of bring a lot amount of employees over and let the locals do everything. Let the locals guide, let the locals drive, try to include the locals as much as possible and it would be a better experience for the tourist as well.

Todd: So, I think you mentioned that you'd like to have your company for India. What is it about India? Why would you want to have a tour company there?

Jeff: Many people don't like India because it's dirty, noisy. It's smelly, hot. It's special place and I think you sort of lose a bit of your the social greed or possessional habits that you have, that you don't even notice you have them, that you acquire them when you living in the West and when you go to India they're stripped away. So I think it's just a special place and it's cheap and it's exotic and it's interesting and Indian people are beautiful people, really fun to be around.

I like a small tour company that would take small groups of people to exotic locations like India.

An 'exotic location' is one that is very different from what we are used to and where we live. Notice the following:

I would like to have a very intimate tour so that I don't just stand there and talk.

An 'intimate' tour would be one that had very few people in it. Maybe there would only be a couple people involved in an intimate tour. Notice the following:

On these tours, people can sort of blend in and see some of the real views of the country.

'Blending in' means that you have a similar appearance to you surroundings. If you are at a party where everyone is wearing black and you are wearing a red dress, you are not blending in. Notice the following:

I see that you're very conscious about culture and things like that.

Things that you are 'conscious about' are what you are aware of and sensitive about. Notice the following:

Don't you worry that you might ruin it or spoil the culture a little bit?

Here, 'ruin' and 'spoil' refer to changing or affecting something in a negative way so that it is not natural or good anymore. Notice the following: