Jeff talks about one odd job that had to do with the medical profession. 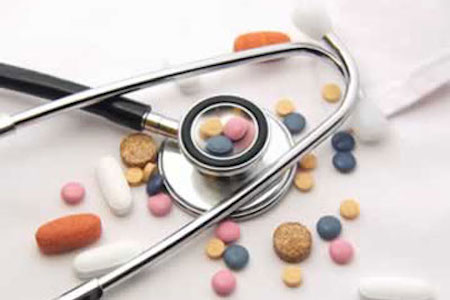 Todd: OK, now Jeff, I've know you for along time. You are a very resourceful person. You always have these crazy jobs, and recently you had at a hospital, but you weren't a doctor. Could you please describe your job?

Jeff: Todd, it was a pharmaceutical company clinic that I was working at and it was, I was a guinea pig, a medical guinea pig which means that a new drug that is being introduced into a foreign country must be tested on an individual before it can be sold on the open market so I'm a guinea pig. It's tested on me, and once the results come back and everything is OK then it is sold to the public.

Todd: So when you say you were a guinea pig, like what did they do to you everyday, or what was your routine?

Jeff: Well let me qualify that it's not good work. You can't really make a living at it and bring up children but it pays very well,..., very very well. It's very lucrative so that's one of the enticements for doing this kind of work but it's just, your day is you get up are administered the drug, for example a flu medicine and then you remain in the clinic all day long and you read and write. You have the freedom to do whatever you like, but it's very monitored so you can't leave the clinic but you can do whatever you like to do in the clinic.

Todd: OK, so you're in the clinic and what would a daily routine be? What do you do? Do you get up and exercise or what?

Jeff: A daily routine varies between individuals, so with me there were twelve on the study, twelve young men, and some of the guys would get up late and sleep until noon. Well, they would get up for breakfast. You have to have breakfast at seven a.m. and what you eat is monitored and then you eat lunch at noon and you eat your dinner at six. In between a lot of the guys read or watched movies or played video games. I used my time by doing yoga or reading, doing work, studying Japanese. I tried to use my time a little bit constructively, whereas some of the other guys sort of just used it as a vacation.

Todd: OK, so you're in this clinic for a week or whatever. So when you get out from being sequestered in there, what is the first thing you do?

Todd: Alright, Jeff. Thank you for sharing that.

I've known you for a long time and I know that you're a very resourceful person.

Someone who is 'resourceful' is very good at resolving situations quickly, using the materials that they have available. Notice the following:

You always have these crazy jobs, like recently at a hospital.

'Crazy jobs' would be ones that would not be considered your typical job. These might be jobs that are dangerous or have you doing very odd tasks. Notice the following:

I was a guinea pig for a pharmaceutical company testing its new drug.

You are a 'guinea pig' when new products or procedures are tested on you. Notice the following:

This job is very lucrative and it pays very well.

A 'lucrative' job is one where you make a lot of money. Notice the following:

So what is the first thing you do when you get out from being sequestered in there?

Here, Todd is using 'sequestered' to mean something like isolated or held in some place. Notice the following: