Asako talks about her time living in Alaska, the last frontier in America. 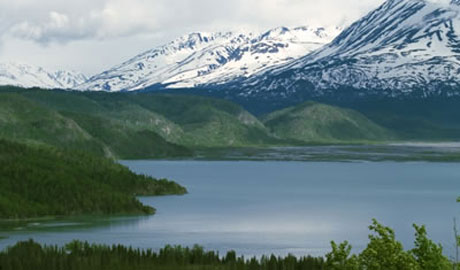 Todd: So, Asako, you lived in the United States for a long time.

Todd: Where did you live?

Asako: I lived in Alaska.

Asako: I'm an unusual one.

Todd: So, yeah, cause usually when people go and live in America for a long time, they don't choose Alaska.

Asako: Yeah, that's right, but Alaska is such a beautiful state.

Todd: Why did you choose Alaska?

Asako: Well, I went to university there. There was a university. I wanted to go. That is the reason.

Todd: And then you stayed for six years.

Asako: I fell in love.

Todd: So what do you remember most about Alaska?

Asako: Mosquitos. Big ones. Really big. You can't see such a big mosquito anywhere else on this island, not on any other place, but huge mosquitos. Some people say mosquitos are actually the state birds of Alaska.

Todd: The state bird. Really. So obviously there's lots of beautiful things and the mosquitos, but what else? Like what was the city like? I mean, was it a big city or a small city?

Asako: Well, the biggest city is called Anchorage, and... but it's not really big-big. In the middle... the biggest street in Anchorage you can see moose.

Todd: You can see moose?

Todd: In the city there's moose?

Asako: No, never. Never. They are wild things. You can't pet them, but, I mean, they are very, very calm and nice animals but if you meet a mother moose and if there are children, her children are around, they can be really mean. So you don't really pet them. You can look at them and admire them, but that's it. Beautiful things.

She lived in Alaska for a pretty long time.

We use the adverb 'pretty' to make an adjective a little weaker. For example: pretty big / big / very big, or pretty good /good /very good.  Notice the following:

Alaska is the last frontier.

A 'frontier' is a large, natural, undeveloped area without people.  Alaska is considered the 'last frontier' of the United States because it has some of the only untouched land.  Notice the following:

I fell in love

Asako says I fell in love.

When we begin to develop strong feelings of love we say that we fall in love. We often use the phrase as an informal idiom.  Notice the following:

We use the term 'ones' to talk about countable nouns.  Notice the following:

Some people say mosquitoes are the state birds.

What 'some people say' is a general opinion of some people about a topic.  Notice the following: