Eoin talks about his band "Nanbanjin" and how his band got started. 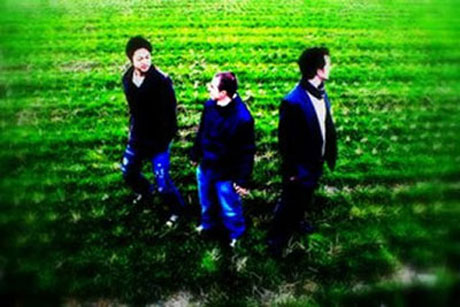 Todd: So, Eoin, I was hoping that you could introduce yourself and talk a little bit about your band.

Eoin: Sure. My name's Eoin. I work and live in Beppu in Oita in Japan and I play in a band called Nanbanjin. I play base guitar. The band... there's three of us in the band - a vocalist and guitarist, myself, and a drummer.

Todd: So, one guy sings and also plays guitar?

Todd: And then you play the base guitar?

Todd: And then the drummer?

Todd: Are you guys all from England, like yourself?

Eoin: No. I am the only person from England. The singer and guitarist is from Wales, a small country which is next to England, and the drummer is from Japan.

Todd: So, how did you guys all come together?

Eoin: That's a really long story but I actually originally met the singer and vocalist, who's called Dai. I met him in Oita. We were both teaching English nearby and we got together and did some music stuff together and previously we had a different drummer, a New Zealander who was also doing the same English teaching job in Oita. He went back to New Zealand and after that we enlisted the help of Manabu, the current drummer we have now.

Todd: That's pretty interesting that just three English teachers from different countries in a pretty small city in Japan... you guys just get together and...

Eoin: Yeah. It was... Well, I had know Dai for quite awhile before we actually started playing and I played in another band but it wasn't really my type of music and Dye I knew could sing quite well and was into similarish music to me so we got together and tried a few things out and then it just happened, this other guy, who was playing the drums, the New Zealander, was available to help us out and it all started from there.

Todd: And then, what's the name of the band?

Todd: OK, can you explain the name?

Eoin: Yeah. Nanbanjin was what Japanese people called some of the first Portuguese people to ever come to Japan. It means... if you translate it literally... it means barbarians from the south. Savages from the south, because presumably they thought the Portuguese were pretty savage. We're not Portuguese but we are foreigners and I thought it was quite an appropriate name for a rock band.

Todd: And so it stuck, huh?

Todd: So you guys thought boom.. you thought of the name and that's it, or did you have many names and you weren't sure which one to choose?

Eoin: No, there was just... at that time there was a movie called The Last Samurai. Have you seen that?

Eoin: Yeah. With Tom Cruise. And there's a reference to Nanbanjin in that movie, which is the first time I had actually heard of it and so we just thought, it just seemed like a good name so we used it. That was it. There was no real other option.

There's three of us including myself.

A vocalist is the singer in a band.  Notice the following:

Dye was into similarish music.

'Similarish' means similar. It's actually not a word. We sometimes add '-ish' to adjectives when we don't know how to accurately describe something.  Notice the following:

then it just happened

And then it just happened.

Something that 'just happens' occurs unexpectedly.  Notice the following:

quite an appropriate name

It was quite an appropriate name.

Something that is appropriate is correct or suitable for a given situation.  Notice the following:

If someone creates a name and it sticks, that means people continue to use it.  Notice the following: