Michele is from a small town. She talks about adjusting to life in a big city. 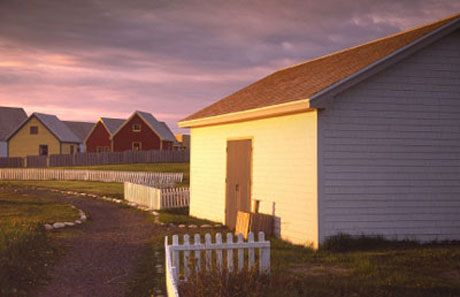 Joel: So, Michele, you said you are from Canada.

Joel: What part of Canada?

Michele: I lived in Ontario in a small town called Beaverton.

Joel: Beaverton. And so how big is the town?

Michele: It was pretty small, about seven or eight thousand people I think.

Michele: I think when I was really little I liked it. It was nice to play outside with your friends and we always felt really safe. When I got older as a teenager, sometimes I thought it was pretty boring being in such a small town, but I think overall it was good to live in a small town.

Joel: What would you do for fun when you were a teenager?

Michele: Well, there was actually a movie theater in our small town so sometimes we'd go to the theater but it wasn't a great one. We usually went outside of the town into the city to go shopping or see a movie.

Joel: And so since then have you lived in any big cities?

Joel: So I guess you prefer that then... to your hometown?

Michele: Well, actually I felt that Tokyo was too big of a city.

Joel: It's the opposite extreme.

Michele: Yeah, it's so crowded and the people aren't as friendly so...

Joel: That's probably a big difference between a small town and a big town, huh? Like you know practically everyone.

Joel: So, you walk into a store. You walk down the street, you can say 'hi' to almost everyone.

Michele: Yeah, well, actually, I've also lived in a really small town in Japan too and I prefered the small town in Japan to the big city like Tokyo. The people in the small town knew my name and were very friendly. If I needed any help then because it's a small town, everybody knows everything about the things in the town so if I needed to find a place or if I wanted to join a club I could easily get the information in a small town, whereas in a big city people don't know the things as well, so.

Joel: You also have to be careful what you do because everyone will talk.

Michele: In a small town, you don't have as much privacy but I think the friendliness outweighs the privacy issues.

Overall it was good to live in a small town.

The term 'overall' is similar in meaning to 'generally speaking'.  Notice the following:

There was actually a movie theater.

Here, the phrase 'there was actually' is used to show surprise at finding something unusual.  Notice the following:

Tokyo is the opposite extreme.

We use the term 'opposite extreme' to describe something that is very different from something else.  Notice the following:

I could get information, whereas in a big town it's different.

Here, the word 'whereas' is similar in meaning to 'but'.  Notice the following:

When one thing 'outweighs' another, it is more important.  Notice the following:

overall • actually • opposite extreme
whereas • outweigh