Rebecca talks about what things she wishes she could do but can't. 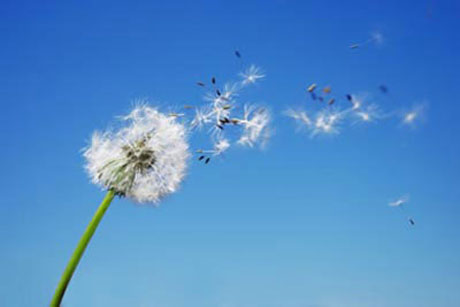 Todd: So, Rebecca, let's talk about things we wish could do that we can't do. What is something you wish you could do, that you can't do now?

Rebecca: I think it would be definitely playing music, like playing a guitar. Some of my friends can just pull out a guitar and start singing and then you have everybody around and it's such a great night. I just wish I could join them and actually, yeah, have fun with that as well, but no, I can't play guitar.

Todd: So, if you could play any instrument, it would be the guitar?

Rebecca: Yeah. Yeah. I think so. I have played piano and saxophone before but not overly that well.

Todd: Oh, really so you actually had musical training?

Rebecca: Yeah, when I was in high school.

Todd: In the piano and the saxophone?

Rebecca: Yep. Yeah. The saxophone was maybe for one or two years and I would love to get back into playing that as well, but they're quite expensive little instruments actually.

Rebecca: And then the piano is very large so, you can't really transport that around with you wherever you go.

Todd: So do you think that if had learned music at a younger age, you would still be with it? Was the problem just that you waited to late in life to start?

Rebecca: I don't think so. I think it's more the friends circle that I was with. We weren't really a musical group and the people that I've met now are really musical so you sort of wish maybe if I had kept going I could have joined them now, but I do enjoy listening to them.

Todd: Well, what about singing? Are you a good singer?

Rebecca: No. Not at all. I don't think I want to be a good singer either cause then everybody would expect you to sing all the time so I just do backup vocals. Really badly.

Todd: Well, I'm the same way. I can't sing at all. OK, so basically you wish you could play the guitar, but you have played the piano and the saxophone before.

Todd: OK, is there anything else that you wish you could do?

Rebecca: To be able to speak maybe a couple languages would be nice.

Todd: Yeah, that's a good one. So if you could speak any two languages, what two would you want to speak?

Rebecca: I think Japanese and Spanish.

Rebecca: Yeah. Yeah. They both sound really interesting and they're both the countries that I would like to go and visit and maybe attempt to work there but you need to be able to speak the language before you can work.

Todd: Right. That's true. I think if I could choose any two languages I would choose Chinese and Arabic just because both those languages when I hear them they sound so completely impossible to speak, so if you could speak those, that would be pretty amazing.

Todd: All those tones.

My friends can just pull out a guitar.

Here, Rebecca means that her friends can easily start playing guitar and singing anywhere, anytime without thinking about it.  Notice the following:

I would love to get back into playing.

When we 'get back into' something, that means we start doing it again after stopping for awhile.  Notice the following:

A saxophone, a piano, a guitar, are all examples of musical 'instruments.'  Notice the following:

If I had kept going, I could have joined them.

To 'keep going' means to continue doing something without stopping.  Notice the following:

I just do backup vocals.

pulls out • back into • instruments
keep going • backup

875 Wish List
Rebecca talks about things she wishes she could do.
﻿
INT 5
Rebecca/Todd

871 Upper body workout
Mike talks about a good work out routine for arms and chest.