Paul asks Katia what are the best and worst things about being a woman. 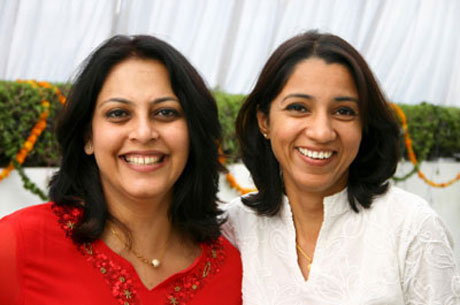 Paul: Hi, this is Paul from England and I'm here with Katia from Mexico. Today we're gonna speak about being a woman. I can't imaginewhat it's like to be a woman. It must be really difficult.

Katia: Well, I wouldn't say difficult, difficult. I think it's great, but it comes with some difficult things I guess. Maybe I can think of make-up and it takes us so long to get ready and it's something that we really need to do, so maybe that's one thing that we have to get used to it.

Paul: Come on. It can't be so difficult: make-up. Putting on make-up on every day.

Katia: Well, you get used to it, but just imagine, we need to look for the right colors, the right brand, the right price. It really gets tough.

Paul: Sounds tough. Anything else difficult about being a woman?

Katia: Well, some people say that it might not be so difficult but maybe giving birth might be something that woman have to face that is difficult, but perhaps for some women it's not so difficult but I think that's one other thing.

Paul: Yeah, for sure. I'll never know about that. How about good things, positive things about being a women?

Katia: Well, there are many positive things. I actually can say I'm happy being a woman. Maybe one thing is, well we have in a sense... we're able to choose if we... once we marry, if we go to work or not, in general. I think that's one good thing. Don't you agree?

Paul: Yeah, I would agree with that. For sure. Anything else that's positive for you?

Katia: Well, since I'm not married yet, going on dates I think it's great the man has to pay. So that's a positive thing of being a woman.

Paul: Great. Yeah. I definitely agree with that. OK, and finally is there one last thing. What's your favorite thing about being a woman?

Katia: My favorite thing? Maybe having a sixth sense.

Paul: Could you tell me more?

Katia: Well, as a woman we sense certain things that men are not able to sense, so I think that's a very positive thing.

Katia: Well, for example, Paul, as a woman we sense people's feelings even though, for example, a man will not say anything. We can see, or we can feel what the person is feeling. The same with children, or the same with other women.

Paul: I would agree with that. Women have to be more sensitive to these issues I think.

Katia: Yeah, sensitive. You can call it sensitive. I call it a sixth sense.

Paul: OK, it was nice talking to you.

I can't imagine what it's like to be a woman.

Here, the phrase 'can't imagine' is similar in meaning to 'guess'.  Notice the following:

Sometimes we repeat a word to make it stronger. 'Difficult, difficult' is similar in meaning to very difficult.  Notice the following:

We need to look for the right colors, the right brand, the right price and it really gets tough.

We use the phrase 'gets tough' to talk about something that becomes difficult.  Notice the following:

Katia says her favorite thing is maybe having a sixth sense.

People who have a 'sixth sense' believe they can guess the future.  Notice the following:

Women have to be more sensitive to these issues I think.

To 'be more sensitive' means to be more understanding of other peoples feelings.  Notice the following: