Ron talks about growing up with his two brothers. 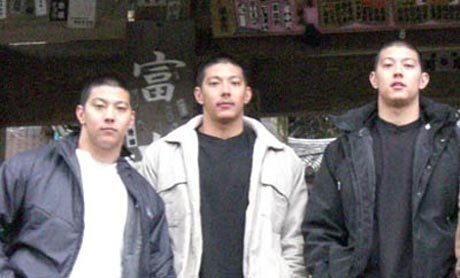 Mari: Hi, Ron. I met your brother Michael and I learned that you're a triplet. So what is it like being a triplet?

Mari: That's good. Did you guys play the same sports growing up?

Mari: Do you guys dress the same?

Ron: We are very similar in how we think so we do wear each other's clothes and so we do dress alike.

Mari: Have you ever walked out wearing similar shirts or the same outfit?

Ron: Yes, we have and for the most part we try to wear the same colors if we're together going out.

Mari: Did you get in trouble growing up all of you?

Ron: I think for the most part we were good kids growing up and the good thing about being very close to your brothers is that you never wanted to dissapoint your brothers or make them think bad of you, so you always tried to be a good kid.

Mari: What's cool about being a triplet?

Ron: I would say the coolest thing about being a triplet is just having people that are very close to you all the time. We never really had trouble making friends or when I to a new school, I always had a friend with me because my brothers were always with me. It was never ... I was never alone.

Mari: That's pretty cool. Was there anything not cool about being a triplet?

Ron: Well, growing up the attention is not so cool sometimes. It gets kinds of old and the questions about being a triplet gets kind of old, but for the most part it's good.

What kind of food do they serve up in the canteen?

What's subject do you find boring?

Are you looking forward to that?

nice talking to you

It was very nice talking to you and good luck in your next school.