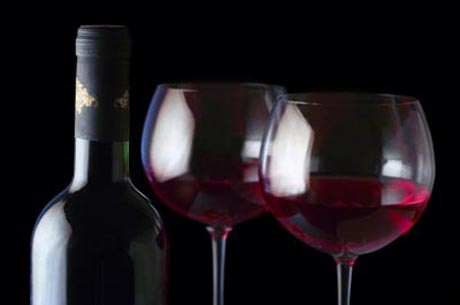 Doron: I'm a bit schizophrenic when it comes to dates actually cause ... I'll either do something really boring and cheesy like pizza and a movie.

Melissa: It could be fun but if you're already at the point where the girl's like in your house ordering pizza and a movie that's ...

Doron: Well, I was talking about eating out and going to the cinema. You already got the guy back to your house. Very forward.

Melissa: Well, pizza and a movie sounds like pizza delivery and video rentals, so I see what you mean. I could always go out for a pizza.

Doron: I like doing that but then on the other hand, I also like to do something totally strange and different, like when I was living in Berlin in Germany a couple of years ago, I met a girl I liked and I invited her out for a date, and she surprised me by saying yes, so I had to find something to do and I was bored of movies and pizza so we went to a restaurant near my apartment, but the restaurant was really, really cool because it was totally, totally black. There were no lights.

Doron: You just go in there and order from a menu in the foyer and then you get taken to a table by a blind waiter and you can't see anything.

Doron: I think they're quite famous. There's two or three around the world. One in New York I think, and also in London and it was the craziest experience because you just have to talk, and I think that's really cool because you don't look at the person. You don't care if they're cute or whatever. You just really get to know them.

Melissa: That's cool. Were there lot's of people there?

Doron: It was packed. You had to make a reservation. It was really, really packed.

Melissa: How could you find your way to the restroom?

Doron: You had to ask. You had to ring a little bell and then a blind waiter would come and take you.

Melissa: What do you mean a blind waiter?

Doron: All of the waiters and the waitresses, and the waiting staff, they were all blind or partially sighted.

Doron: Not the chefs. I think the chefs could see.

Doron: But the staff there, they were partially sighted.

Doron: So they learned the room really well because they could see and they were your guides. It was a really interesting date, just ...

Melissa: It's interesting just from the view point of experiencing what it would be like to be blind because I think people don't get to experience that enough.

Doron: Exactly, and to know that maybe when you see someone blind in the street, you think, ah, poor guy, poor girl, but then all of a sudden, they're the ones that know their way around and you rely on them.

I'm a bit schizophrenic when it comes to dates.

When a specific situation causes us to act different than usual we say we are schizophrenic. It's an idiomatic expression.  Note the following:

When we are very surprised by something we say 'no way'!  Note the following:

They were all blind or partially-sighted.

Here, the word 'partially' means a little.  Note the following:

It's interesting from their view point.

A view point is an opinion.  Note the following:

You rely on them.

A person we can rely on is someone we  trust to help us if we need it.  Note the following: