Rory and Abidemi talk about times they have had a good working schedule and the times (hours) that they worked. 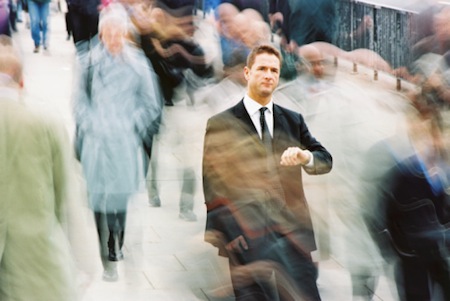 Rory: So I was thinking about my current job.

Rory: And I think like my work schedule is so good. I work Monday and Tuesday, then I have a day off. Then I work Thursday and Friday, and then I have the weekend off. And I get five months holiday, yeah.

Rory: So I mean, what’s a good work schedule for you?

Abidemi: I think what you’ve just described sounds really good as well. When I was younger actually, I don’t know where this idea came from but my ideal work hours were 9:00 until 2:00. 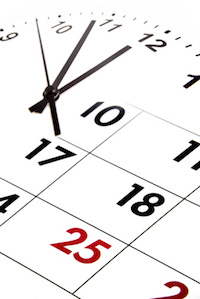 Abidemi: I don’t know. So maybe for me, if I could do it, if I could find something like that, it would be really good because you can sleep in until maybe 7:00 or 8:00, go to work, finish at 2:00, still come back and have a good chunk of that day to do other things. So…

Rory: Yeah. So my previous job was quite – I started at 9:30 and I finish at 12:30. I worked five days a week but it was great because work was finished by lunch time. I had the whole day free. And that was a good job.

Abidemi: And you still got a full time salary?

Rory: And that was a full-time salary, yeah.

Abidemi: Wow. Sounds even better than this one, maybe.

Rory: Yeah. In the past – I mean, I’ve worked in restaurants where you work only in the evenings. So I’d start at 5:30 and work until around midnight. I didn’t like that as much because all day, I was thinking, “I’ve got to go to work later.” So I think I prefer working in the morning and get it behind me as soon as possible.

Abidemi: I think maybe I’m the same way as well. I prefer to get it down and then have the rest of the day to enjoy. Also, I had a job where I was working during the weekend. And I would have Mondays and Tuesdays off. And I didn’t really like that. I missed seeing friends on the weekend and then going out. So I don’t think I would like anything like that.

How about not working? Do you think – how long do you think you could go without not having to work?

Rory: Well, it’s funny because this job now I have really long vacations but I’m not happy when I’m not working. Like my wife gets very frustrated with me because if I have nothing to do, I tend to be a bit annoying around the house, just getting depressed, just arguing all the time.

But I don’t need much work. Like if I could just do like an hour a day, I think that would be enough to make me happy.

Abidemi: Okay. How long could you go would say? A week or two without having to touch work?

Rory: I could probably go a couple of months.

Abidemi: Okay. Without having to work at all.

Rory: Yeah, if I have other things to do, you know. So if I had other projects like if I was doing a lot of training for running or if I was studying, if I had a good book then I could probably go quite a long time.

Abidemi: Yeah. I get pretty restless myself, too. I think after three, four days of not having anything to do, I just want – I really need something. Maybe, like you said study or learn or go out and do something, have a project, have a goal. I think, yeah, my personality type needs to constantly do something, produce. Yeah.

Rory: Yeah. When I worked in Europe, I used to do – I used to teach for one or two weeks intensively, and then have three or four weeks off. And it was quite nice because I had lots of free time but after two or three weeks of free time, I was quite looking forward to the next block, the next block of teaching.
But teaching these intensive blocks can be quite – it can be quite tough as well. Like I have to – I did a six-week block in Russia once, and after three weeks, I just wanted to go home. Six weeks was too long.

Abidemi: How intensive was it?

Rory: Well, the job in Russia was really intensive because I was living with the students in a residential university. And so we had breakfast together and then I taught them from half past eight in the morning until half past six in the evening.

Abidemi: And you had the same group of students?

Rory: The same group of students.

Rory: For six weeks and it was six days a week of teaching.

Abidemi: Wow. I can – if you the teacher felt like that, I can only imagine how the students must have felt. They must have wanted a break badly.

Rory: Yeah. We all wanted a break.

We say this phrase, 'Sign me up' when we hear about a good situation or opportunity. Notice the following:

I have a good chunk of that day to do other things.

A chunk is a large block or piece of something. Notice the following:

get it behind me

I try to get it behinid me as soon as possible.

When you get something behind you, you finish it so you do not have to think about it anymore. Notice the following:

I get depressed and start arguing.

When you are depressed, you do not feel happy or excited to do anything. Notice the following:

Here, going out means to meet friends and be social. Notice the following:

I get pretty restless myself, too.

When you are restless, you want to go out and do something. Notice the following:

sign me up • chunk • get it behind
depressed • going out • restless

1388 Fast-Paced Life
Are we all over-booked?
INT 4
Marriane