Todd talks to Meg and explains why his hometown, San Francisco, is one of the world's most expensive cities. 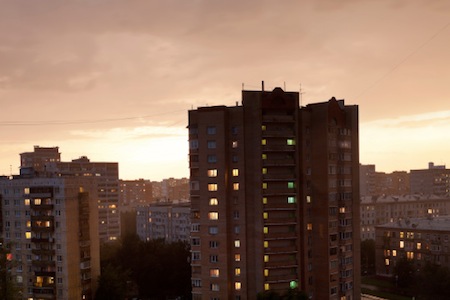 Meg: So Todd, I heard that you’re from San Francisco and that it’s really expensive there maybe to live. Is it – is that true?

Todd: Yeah. It’s ridiculously expensive. It’s obscene actually. It’s so hard to get other people to realize how expensive it is. You have to actually live there and then you can experience it firsthand.
But basically, you know, your average small apartment is a minimum, a minimum of like $3,000 a month.

Meg: Well, so I don’t know much about the San Francisco area. Is that like just in the main downtown part or anywhere in the city is it that expensive? 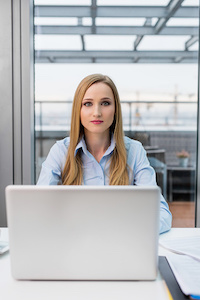 Todd: It’s actually – yeah, it’s pretty much the entire peninsula. And the high pricing affects all of Northern California. And the reason is because companies like Facebook, Google, Apple, Yahoo, Cisco – all these really big rich, rich companies pay people a lot of money. And so, there’s a lot of money in San Francisco for the tech world, and that just drives up the prices for everything.

Meg: So everyone who lives there like must be pretty rich?

Todd: Yeah. So it’s very high income. I think the average income is over $100,000 a year or something crazy like that.

Todd: Houses are ridiculously expensive. So your average house is probably – in San Francisco, a really small rinky-dink house can go for almost $1 million.

Todd: Yeah. It sounds obscene. Yeah. Years ago I worked on the construction crew, and this was 15 years ago. And we were just renovating or painting a very small little shack. I mean, the house wasn’t even that big and it was going for $1 million.

Meg: Wow. So when you were working there, were you living in San Francisco also?

Todd: I was. And that’s actually why I became a teacher in Asia, why I moved to Japan because we were losing our lease on our apartment, and I had to go find new housing. And not only is the house inexpensive but even if you have the money, you might not get a house because you have to go through this long process. It’s almost like getting into college.

You have to get through this interview process. And just going and finding an apartment is such a complicated process in San Francisco that I thought, “Oh, forget it, I’m just going to take the easy way out and go back and start teaching overseas again.”

Meg: So if someone were interested in living in San Francisco, what would your advice be?

Todd: Don’t, or make sure you have a lot of money or you have a really good job. I guess there are some ways around it. You can rent rooms and things like that. But it’s doable because there is low-income housing. And if you live in the outskirts and if you are going to commute into the city, you could probably find something around $1,500 a month. But still, it’s pretty expensive.

Meg: So work for Google first, then move to San Francisco.

Todd: Right. Exactly. Make sure you get that job at the tech company. And then once you have that job, then you’re set.

Meg: Great. Well, thanks for sharing about San Francisco.

You can experience it firsthand.

A firsthand experience is a very personal experience. Notice the following:

drive up the price

That drives up the price of everything.

When one thing increases (or decreases), it can drives up the price of other things. This means it makes it more expensive than before. Notice the following:

Ridiculously expensive is a common phrase to mean extremely expensive. Notice the following:

Here, we use obscene to describe people paying far too much for something. Notice the following:

You have to go through this long process.

A process is a series of actions to achieve something. A long process or complicated process is a process that is not easy. Notice the following:

there are ways around it

I guess there are ways around it.

When there are ways around something, that means you can avoid a situation by doing an alternative option. Notice the following:

Video 1389
Do you prefer a hotel or a guesthouse?