Todd explains to Meg how AirBnB works and why people like using it instead of hotels. 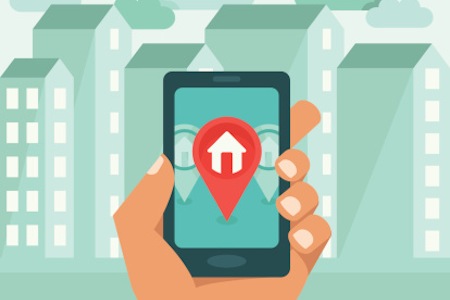 Todd: Okay. So we’re talking about housing Meg. You know, these days, a lot of people can actually stay in houses when they travel. Like they don’t stay in hotels, they stay in a house. Have you heard about Airbnb?

Meg: Yeah, I have heard of it. I’ve looked at the website a couple of times. Do they have Airbnb where you’re from?

Todd: They do. They actually do have Airbnb in San Francisco but I have not used it in San Francisco, I’ve only used it actually traveling in other countries. I used it Thailand and I was going to use it in Japan but I ended up – I couldn’t use it because of the travel problems but yeah.

Meg: So how does it work? 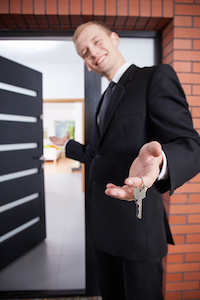 Todd: Basically, what it works is if somebody owns a house, they can rent out a room. And so, you find a house online and then you book it with the scheduling system online. And then you pay Airbnb the money and then the people let you stay in their house.

Meg: What are the cost usually? Is it expensive?

Todd: It can be really cheap or really expensive. You have both ends. I mean, sometimes you can just rent a room and sometimes, you can actually rent the whole house.

So, you know – and now, in places like Thailand or other places in Southeast Asia, what they do is a lot of condominiums now are kind of turning into mini-hotels. So rather than try to find long-term tenants, they just search for – or they just rent out their apartments on Airbnb.

Meg: Right. Well, it sounds like a good way to stay some place you haven’t been before.

Meg: Would you say that it’s safe?

Todd: Yeah. I guess that’s the biggest concern. It seems to be safe. I mean, from what I see – although there was an interesting case recently in California where they’ve had problems of squatters. And a squatter…

Meg: What are squatters?

Todd: A squatter is somebody who, they take the Airbnb house and then they just never leave.

Todd: Yeah. And then they’re hard to evict. So that was one interesting thing. And then also, recently, the company has been in the news because people that have low-income housing, like government subsidized housing, they’ve been trying to rent out their apartments on Airbnb.

Todd: And then the city or the government said, “Hey, you can’t do that because we give you this house at a discount to help you because you’re low income. So you can’t use it to make a profit.” So it’s been a very debatable situation.

Meg: Yeah. I guess it’s kind of like double dipping. You’re getting a discount or paid in a way to live there and then you want to get paid more. So it sounds like a problem.

Meg: Yeah. I definitely think so. After researching a place, maybe if I have a lot of pictures and it seemed clear that it would be safe, yeah, I think I’d like to do it.

Todd: And actually their website is fantastic. Like if you go to their website, you can, let’s say, choose a house in Paris or Madrid or whatever. And then they often have like the Google street cam thing so you can see what the house looks like on the inside. And then you could actually do the rotating camera and see what the neighborhood looks like.

And then everybody leaves reviews about the owner and about their stay there, so you’d get a good feel about what the place is like. So it’s kind of a new way to travel, and it’s kind of cool.

Meg: Yeah. It sounds interesting especially the reviews. I think knowing someone else has had a good experience, I would definitely be interested in doing it.

A tenant is someone who lives in a house or apartment, usually a renter. Notice the following:

Nobody is intruding on you.

When you intrude on someone, you interrupt them or invade their privacy. Notice the following:

There are three squatters in the house.

A squatter is a person who lives in a building or house but has no legal right to do so. Notice the following:

They are hard to evict.

When you evict someone, you make them leave a house or place by law or police. Notice the following:

It's a debatable situation.

When something is debatable, then there are strong arguments for both sides. Notice the following:

When you double dip, you benefit from something twice. Often this means to get paid twice for the same thing. Notice the following:

Video 1389
Do you prefer a hotel or a guesthouse?