Roe was an exchange student in Idaho. He talks about his stay while he was there. 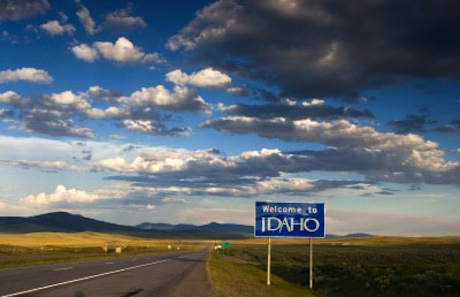 Todd: OK, so we're here. Do you want to go ahead and introduce yourself to the listener?

Roe: OK, my name is Hiroe Hashi. I've lived in America for about seven and a half years. I lived in Italy for two years.

Todd: Wow! You lived in Italy too.

Roe: Right, right. So all together I've lived in a foreign country for nine and a half years.

Todd: Wow! That's amazing. So did you live in America before you lived in Italy?

Todd: Did you learn Italian?

Todd: Wow, so then how old were you when you moved to America?

Roe: Yeah, I was 17. I was on a exchange program for when I went to Idaho.

Todd: Wow, what did you think when you first got to America?

Roe: OK. I bought new clothing cause my image was like L.A., New York, but it was Idaho, but I didn't know what to expect, and I got of from the airplane and I said to myself, "Oh, my god!". There was nothing there.

Roe: It was flat. I saw, There was...I remember the sun going down cause it was nothing, really nothing: a flat space, 360 degrees, an airport, cowboys.

Todd: So Idaho is cowboys and potatoes.

Roe: Exactly. That's all. About.

Roe: I stopped eating spuds since I came back cause I ate it everyday. You go to 31 Ice-cream shop and there they have spuds ice-cream.

Todd: Wow. And how about cowboys. Did you become a real cowboy?

Roe: I started to grow my hair, cause if you had short hair, people used to call you like a new-waver, like faggots. It was kind of a little disaster for somebody different to live.

Todd: Yeah, for sure, that would be really harsh. So tell me about your family

Roe: My family! I have two brothers and a sister, and my father passed away three years ago and my mom is working.

Todd: OK, Do you miss idaho?

Roe: Friends. I've made some best friends in Idaho actually.

Todd: When is the last time you were in Idaho?

Todd: Wow, that is a long time. OK, and where do you live now?

Roe: I live in Yokohama.

'Slang' is informal vocabulary that is used in a particular country or area.  It is frequently used by young people.  Notice the following:

I didn't know what to expect.

If you don't know what to 'expect' about a place you don't have an idea of what it will be or look like.  Notice the following:

That would be really harsh.

Something that is 'harsh' is mean and terrible.  Notice the following:

My father passed away.

To say that someone 'passed away' is a nice and polite way of saying that he died.  Notice the following:

Do you miss Idaho.

You 'miss' a place if you are not there and you want to be there.  You notice the absence of things that made you happy.  Notice the following:

Complete the sentences with the words below.
slang • expect • harsh
passed away • missed