Raphael talks about his interest in design. 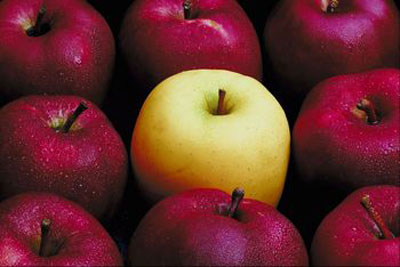 Todd: So, Raphael, what did you study at university?

Raphael: My main specialty is stage design, but stage design is basically theater decoration, but it tends to disappear because there is not so many job in this field, so it's closely related to interior design and light design as well, so basically I'm doing light and interior design. That's my job!

Todd: OK. Why is theater design going away? Because people are not going to the theater?

Raphael: No it's not being away, but the point is it's a difficult job because there's not so many money coming from this practice, you know, because the theater system is not, not so many people go to the theater comparing to cinema or exhibits or, you know, this kind of things, and it's quite a reserved to the helet, and it's very difficult for the, actually, the artists who works in this area cause there's not a lot of money coming from it so just living, like designing for theater is quite difficult.

Todd: Well, I can imagine. So, what kind of design would you like to do then?

Raphael: Now, I'm really interested in light design. That's the reason why I came to Japan, because they have some really interesting light designer here, especially because they don't have the same strict architecture rules that we have in France, like every time you want to build something new, or just decorate a shop, anything, you need, once the project is over, everything's prepared you need to show it to an architect who specialize in this very rules. He will tell you if you can or not actually build it, corresponding to the rhythm of the existing buildings, you know the lines, the structure of everything, things like that. It's really difficult, so Japan is changing faster, they destruct, they build a new building, and they destruct, and they build something new, they don't really care about the past of the buildings so there's a lot of liberty from light designer. It's very free. They can do some really interesting things.

Todd: Well, what would be your dream job, if you could have any job?

Raphael: My dream job? I wish I could make a connection between my light design skills and my taste for music, sound design. Actually it's, theater is one place where these things mix up. Cinema is one place where it mix up as well, but there's not a lot of fields where you can like think at the same time about the effect produced by the sound, and the effect produced by the light.

Todd: So, it's be like a scary movie has dark lighting and dark music?

Raphael: Yeah, this kind of thing. This kind of, but when you want to produce a moment because it's basically what it's about, it's producing a moment, a feeling, like you can use any media, right? Whatever it is, it's not important. The important is what are you creating, has an effect, but when you use at the same time, light and sound it's quite complement, complementary.

My main specialty is stage design.

A 'specialty' is something that a person or group does very well. For example, someone is a good cook, but his specialty is Italian food.

It's closely related to interior design and light design.

'Closely related' means that one thing is very similar to something else.

They don't have the same strict architecture rules that we have in France.


If rules are 'strict' it means that they are very specific and not flexible. We can also use 'strict' to a person who is very firm about his rules for himself and for others.

I wish I could make a connection between my light design skills and my taste for music, sound design.

There is a 'connection' between two things when a relationship between them exists.

Basically what it's about, it's producing a moment, a feeling, like you can use any media, right?

When you 'produce a moment' you create a dramatic effect on the listener or viewer. You use your skills to make the audience to feel a certain way.