Mark and Todd talk about old TVs and the good and bad of remote controls. 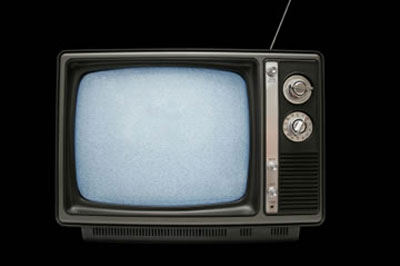 Slideshow
Audio Quiz
Todd: So Mark, if you don't mind me asking, how old are you?

Todd: 31. OK, and so you probably don't remember but like... I'm 37 and I remember watching television with no remote control. Like just the big square box you have to go up and turn.

Mark: Yeah, I remember that.

Todd: Was it the same when you were a kid?

Mark: That's right. I think I actually had a TV like that up until about ten years ago when I was at a university student.

Mark: Yeah, you just pressed on the button.

Todd: Right. And it's terrible when you're sitting with somebody else and they have the remote control and they keep flicking away.

Mark: Right, that causes a lot of family fights in my house. Yeah.

Todd: Well, actually, you are a newly married man, so do you have any remote control wars with your wife?

Mark: Recently no. Not at the moment because I am living in a very small house with a small room. It's quite easy to get up and turn over the TV without using the remote. But we're not fighting at the moment but I can see in the future we will be so the key there is probably to have two rooms with two TVs.

if you don't mind me asking

If you don't mind me asking, how old are you?

'If you don't mind me asking' means that I hope you are not offended by the question I am about to ask you. You can use this if you want to ask someone a question that might be sensitive for them to talk about.

I actually miss having to turn the knob because you don't have so many choices.

To 'turn the knob' refers to when televisions did not have remote controls and all the controls were on the television itself.

You pick a channel and you stick with it and then you watch it.

When you 'stick with it,' it means that you stay with something and don't change your mind.

'Flick' refers to the action of changing channels on the television with a remote control.

you don't focus on the whole program

I often do that and like you say you don't focus on the whole program.

When 'you don't focus on the whole program,' it means that you are distracted from the television program that you are watching.

759 Little Sister
Lupe talks about having many siblings.
﻿
INT 5
Lupe

756 Changing Weather
Changes in the weather that Tim notices.

Complete the sentences with the words below.
live • don't know • other
thrill • better off