Mark talks about the area he grew up in. 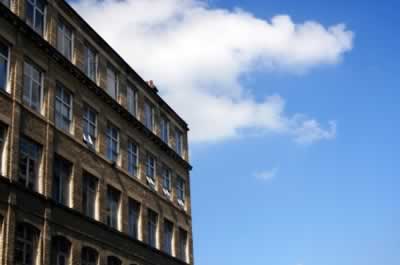 Todd: So, where did you grow up in England?

Mark: So, I grew up in a place called Bradford.

Mark: Yeah, it's very working class. Yeah, not so much money in Bradford, pretty poor.

Mark: What did I do as a kid? It was.. it was tough. I lived on a government. Well, we call it councilor estate, maybe in America it's called maybe government assisted housing. So my area was pretty tough but always there were lots of kids around so we were always playing football, cricket or riding bikes or sometimes causing mischief.

Todd: How would you cause mischief?

Mark: It depends, maybe sometimes there's an old guy who nobody likes who lives near us so we go and throw maybe eggs at his windows and as we grew older we started throwing rocks at his windows, yeah.

Todd: What would you do if you had a house now and some kid threw eggs at your house?

Mark: If some kid threw eggs at my house I'd probably buy a big dog and set the dog off the leash and the dog can chase the kids away.

Bradford is famous for riots.

A 'riot' is a loud public conflict that is usually violent.  Riots can happen as a result of protests or outbursts of public emotion.  Riots can be very destructive to buildings and street and injure people. Notice the following:

Those riots were due to racism basically.

'Racism' is anger or intolerance towards members of another race. Racism comes from the believe that each race has basic differences at a genetic level and that some races are better than others. Notice the following:

Is Bradford a rough area?

A 'rough area' usually has lots of crimes and violence and is not a safe place to be or live. Notice the following:

As kids, we were always playing, sometimes causing mischief.

When children 'cause mischief' they are causing problems or playing tricks on people. Notice the following:

I'll have the dog chase those kids away.

If you 'chase something away' you run after it in an effort to scare it so it won't be close to you. Notice the following: