The Land of Australia

Aaron talks about the landscape of his home country. 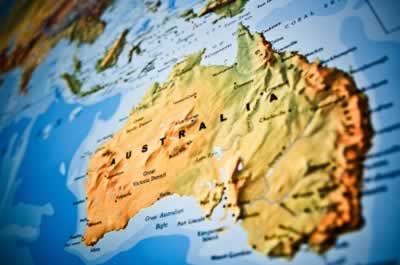 Todd: Now Aaron, Australia's a big place. Can you describe the Australian landscape?

Aaron: No worries. In Australia, there are cities and then there is country. Not many people live in the country and the desert. About 70% of the population live on the East Coast on a very small area and 80% maybe 70% of Australia is just desert. Nobody lives there or it's just farms and nobody lives there as well. The cities aren't like Japan. They're very small cities and there's a one high-rise area and then the rest of it is just flat.

Todd: Australia is know for it's beaches. What area has the nicest beaches?

Aaron: The nicest beaches are probably in Queensland or the Gold Coast. The West Coast has some great beaches as well but there are now cities over there, so it's not so popular but I think the best beaches are in Queensland cause the pollution is so low. In the cities.. in the south, the beaches are a bit dirty so you can't always swim there.

Can you describe the Australian landscape?

In this case 'landscape' refers to the natural look of the land in areas where people haven't changed it, like the country. Notice the following:

In Australia, not many people live in the country.

The 'country' is are that is mostly open land, sometimes used for farming, and doesn't have many people that live there. It is not urban and doesn't have big buildings or many cars. Notice the following:

There's one high-rise area and the rest is just flat.

A 'flat' area doesn't have any hills or mountains. Notice the following:

The rest of Australia is just built-up areas.

A 'built-up area' is an area where a lot of human construction or changes have happened. Notice the following:

The best beaches are in Queensland, where pollution is low.

'Pollution' is the contamination or natural things, such as air and water, that are a result of human actions. An example is smoke from cars or factories that causes problems in the air.  Notice the following: