Ivan talks about his roots in Texas. 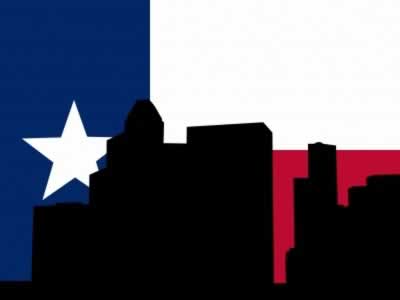 Todd: So, Ivan, where are you from?

Todd: OK, what's the difference between Texas and Japan?

Ivan: Texas is big and Japan is little.

Todd: Yeah, how about the food?

Todd: Yeah, what kind of food do you prefer?

Ivan: You know it's funny. I go back to Texas sometimes and I can't eat that anymore. I'm so used to the
lighter meals: the fish and stuff here. Um, what do I like more? Sometimes I like chili, sometimes I like sushi.

Todd: Yeah, how does the weather compare with Texas and Japan?

Ivan: Ah, I'm from Houston, Texas which is in the south and that's just hot, hot, hot. Never had a white Christmas in Houston. The average is about 41, 41 degrees in the summer.

Ivan: Yeah, so it rains a lot more here too. I still can't get used to all the rain.

Todd: So, Houston is pretty close to Mexico, right?

Ivan: Yeah, actually, it's a nine hour drive, well not nine, maybe six. I used to go down there back in high school. Me and my buddies would go. There's no drinking age in Mexico. Beer is about 25 cents or 30 yen over there.

Todd: Yeah, what do you remember about your trips to Mexico?

Ivan: Not much, which is why we went. We just went. It was called a border town. Basically they just exist
to take care of high school and college kids that want to party for a couple of nights. It's not really nice but it's cheap and it's fun.

What's the difference between Texas and Japan?

We use the phrase 'difference between' to talk about features that are unique to each of the things we are comparing. We can only use 'between' when we have two things to compare. Notice the following:

Christmas I've never had a white Christmas in Houston.

The phrase 'white Christmas' refers to the fact that in many places in the Northern Hemisphere there is snow on the ground at Christmas.  Since snow is white, the ground and trees look white and the general color at Christmas is white. Notice the following:

Is Houston pretty close to Mexico?

In this case 'pretty close' refers to a short physical distance between two places. Notice the following:

My buddies and I used to go down there back in high school.

'Down there' is used to generally refer to a location that is south of where you are or physically below you. Notice the following:

Beer is about twenty-five cents or thirty yen over there.

'Over there' refers to a general location that is either far away or to the east or west of where you are currently.  Notice the following:

between • white • pretty close
down there • over there