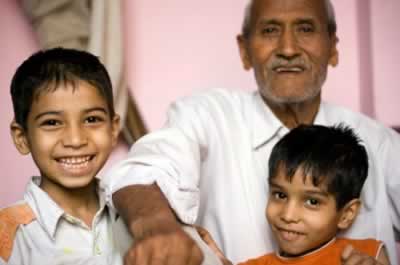 My name is Jeff Eagar. I'm from Canada but I just spent six months in India and I love India. I think India is my favorite country in the whole world. India is very interesting. It's real life. It's the good and the bad, and the rich and the poor, and the happy and the struggling, all together in one country, and when you go to India, you feel a lot of emotion, you feel a lot of sadness and happiness and joy and that's why India is my favorite country

India is a very interesting culture, and it's a very old culture. It takes a little bit of time for you to get used to India when you go there. They go things differently from other countries. I was eating with my hands in India. You eat with your hand and your left hand acts as toilet paper, because they don't have toilet paper in India, and they are mostly Hindu and they believe in the Hindi, Hindu religion, and it's a very old religion. A very beautiful religion, they have many gods and many deities, and it's very colorful and they do lots, lots of religions ceremonies with fire and with bells, and with holy priests, and it's very visually, for your eyes, it's an interesting place, a very interesting thing to see

It takes a little bit of time for you to get used to India when you go there.

Used like this 'a little bit' is similar to some.  The example is saying that you are not immediately used to India, it takes some time to adapt. Notice the following:

In India, you eat with your hand and your left hand acts as toilet paper.

'Acts,' in this example, can be replaced with 'is used as' or 'replaces.'  Basically, people use their left hand instead of toilet paper. Notice the following:

The Hindu religion is very old.

A 'religion' is a set of beliefs or ideas about the ways of the world and how it was created and should function. There are many different religions in the world. Notice the following:

The Hindu religion has many deities.

A 'deity' is a god or spiritual character. Notice the following:

They conduct their religious ceremonies with holy priests.

A 'holy priest' is a spiritual leader who has been trained to lead ceremonies. Notice the following: