Mark talks about hooligans and football in England. 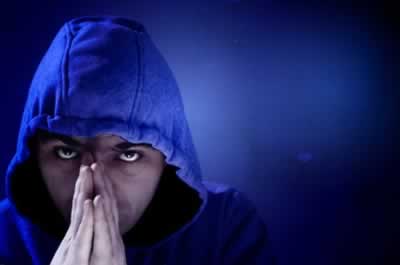 Todd: You were saying that you once came across a hooligan!

Mark: Actually, I know quite a few hooligans, yeah, in my local area, there's quite a few guys who are affiliated to my teams hooligan group, so in England most teams have their own hooligan group and they have bizarre names so actually my teams called Bradford city and the hooligan groups is called "the ointment".

Todd: So why are hooligans so, I mean why does somebody become a hooligan?

Mark: OK, so there's a lot of pride involved being a hooligan I think. Most hooligans are very proud of their home city and their home team, and what usually happens, are when the away team come to the city their hooligans try to actually take over the other teams actual bars, pubs so it's a race to get in the bar for first.

Mark: Yeah and when that happens, when the actual away team is actually, if their supporters are drinking in your bar, then obviously you want to take your bar back, so there's usually a lot of violence.

Mark: Oh, lots of fights, yeah, sure, sure. If you go to most games in England on a Saturday you can usually see the odd fight or maybe, I've been to some games where there has actually been full scale riots but usually not in the stadium, usually outside.

Todd: What happens when there's a riot?

Mark: So, one, the biggest riot I've seen, was actually at a stadium and it was two local rivals: it was my team and the local team called Leeds and basically the guys were all fighting in a field near the stadium so what all that happened was the police actually surrounded them with horses, and police dogs, and they just let the police dogs go off the leads, and then the horses charged in and basically the police where just hitting the supporters with the batons.

Mark: Yeah, yeah, lots, usually a few arrests. So usually when there's a big riot the papers will report how many arrests there were. Sometimes a 100, 150.

I once came across a hooligan.

A 'hooligan' is a rough young person who doesn't follow the law and is known to commit crimes. Notice the following:

I know quite a few hooligans in my local area.

Your 'local area' is the area around where you live. Notice the following:

A 'bizarre' name is one that is not normal, usual or common. It is unique or strange. Notice the following:

The hooligans try to take over the other teams' bars and pubs.

If you 'take over' something you conquer it and take it into your possession or control. Notice the following:

I've been to some games where there has actually been full-scale riots.

Something that is 'full-scale' is fully functioning or complete.  This means that it is not just little fights that are happening, but complete chaos and riots. Notice the following: