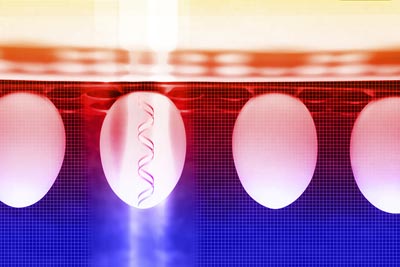 Akane: Well, I think it's a great idea. to have genetically modified foods.

Akane: Well, I think that especially for countries like China research shows that the people in China, the quality of their life is going to be of the level of the people in America within the next thirty years, and if this world is going to support that kind of population, we definitely need more resources in order to make food to support the population.

Todd: Do you worry more that maybe there haven't been enough tests on genetically modified foods, that there might be side effects that could lead to cancer, or could maybe ruin the naturally life cycle of the plants?

Akane: Uh, definitely, I think there is lots of reasons to be concerned and that's why the research has to be taken carefully and slowly and there has to be laws and procedures in place so that the research is controlled and that foods are tested before people can use them.

Todd: So, you're saying that they should do research but it's OK to go ahead and try to use it now?

Akane: Well, if there is reason to think that it is safe after many tests then, then I think we should start using it for the future.

Todd: Mm, I mean, I can understand why people would want to use genetically modified foods because in terms of drought or insects eating the plants or feeding really impoverished areas like Africa and parts of Asia (Right) it's useful but we really don't know, I mean, aren't you a little bit worried that if you rush it you don't give enough time for the tests, you know, if it's really harmful to the environment or the people.

Akane: For sure, so I don't think we should rush it, but at the same time I don't think we should completely stop the research, either because the fact is the population is growing and these people are going to have to eat food so if genetically modified foods can help people to eat and survive and for the human population to survive then we're going to have to continue with the research.

Todd: That's a pretty solid argument. I pretty much agree with you on that.

I was reading in the papers that China is doing research on genetically modified foods.


'Genetically modified foods' are foods in which the DNA has been changed in some way by scientists. In these foods, scientists are able to make more specific changes than they can through breeding techniques. Notice the following:

China will definitely need more resources in order to support the population.


Here, 'support the population' means to produce enough food to feed the people that live in a particular country or area. Notice the following:

Don't you worry that there might be side effects that could lead to cancer?


We use the term 'side effects' to refer to the additional, and sometimes unexpected effects, that occur when certain procedures or medicines are used. We usually use 'side effects' to talk about the unpleasant additional effects. Notice the following:

There has to be laws and procedures in place so that the research is controlled.


Here, 'in place' refers to rule that has been created and is in use, monitored and enforced. Notice the following:

I can understand why people would want to use it for feeding impoverished areas.

That's a pretty solid argument, and I pretty much agree with you on that.


A 'solid argument' has a lot of support and evidence to support it. Notice the following: