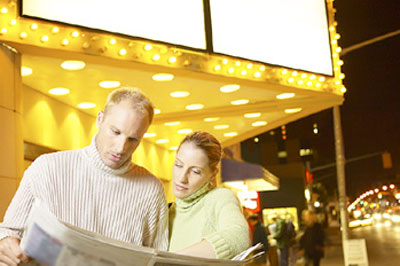 Nitiya: OK, so something about fun, actually what kind of movies do you like?

Todd: Um, well, let's see, I like. I love comedy movies, and for me the most important thing about a movie is, does it have good dialog, does it have good writing, so I don't care about special effects, and stuff like that. It just doesn't interest me, and actually I don't like big Hollywood movies (OK) I think they're terrible.

Todd: Yeah. (OK) What kind of movies do you like?

Todd: So you like movies that re quire... (detective movies also)... and what?

Todd: Oh, detective movies. (Yeah) So you like movies that require imagination?

Todd: Now, since we're talking about movies, India has a very big movie industry, Bollywood, (Yeah) do you like the Bollywood movies?

Nitiya: It's great. (Yeah) Awesome. Yeah. I guess a lot of people in the whole world like it a lot.

Todd: Bollywood, they always have so many people, like the thing is, where do they get all those actors?

Nitiya: Lots of actors, so much drama, and I guess a lot of music and dancing and it's just so different from Hollywood movies, so I guess for the reality, I prefer the Hollywood movie and if you just want to have some fun, it would be Bollywood movies.

Todd: whatever you get.

Todd: You're addicted to movies?

Todd: OK, you know in the states when you go to the movies, it's always coke, popcorn, hot dog. When you go to movies in India, what's the food that you eat?

Nitiya: Ok, coke is always there.

Nitiya: And yeah, something like chips or potato chips or anything you get in your hands. Basically I don't like getting disturbed when I'm watching a movie. I'm a person who likes watching a movie very quietly. I don't like watching with friends. I mean, I prefer going who also like watching movies quietly. I mean there are some people in the world, they sit for the movie and they go, oh, this is going to happen next and things like that. I get so irritated. Let me watch it, concentrately.

Todd: Right, I hate that.

Nitiya: I really want to do it quietly, peacefully. I just want to watch the movie. Not talk to the person sitting behind me.

Todd: And no interruptions

Nitiya: Once I begin I really want to go till the end. (Right) I can't stop it in the middle and say, "Oh, oh."

Todd: Yeah, which do you prefer, watching it at the cinema, or on DVD at home?

Todd: At home. So nobody bothers you?

The most important thing about a movie is, does it have good dialog.

The 'dialog' in a movie is the conversation between the characters.  Notice the following:

In this case, 'universe' refers to the Earth and space around it.  It includes people, places, the moon, stars, etc.  Notice the following:

A 'detective' is an investigator who works to solve crimes or find information.  Notice the following:

I guess for the reality, I prefer the Hollywood movie.

'Reality' is something that is or appears to be real.  When talking about a movie, this may be believable special effects.  Notice the following:

I get so irritated

'Irritated' is similar to annoyed, frustrated or angry, although it is not as strong as angry.  Notice the following: