Nitiya asks about crime in the U.S. 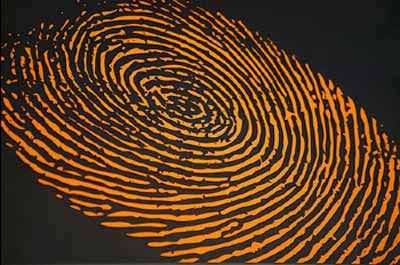 Nitiya: OK, there is one other thing I want to ask you about America, I mean I see it a lot in movies, but I don't know whether it is true or not, do you really have so many serial killer in America?

Todd: You mean people that go and they kill many people? Um, yeah, sadly there is a lot of killers. I don't know that it's only unique to America. I think it happens in all industrialized countries, but yeah, unfortunately it seems that every two or three years in the news, they'll be a story of some person going and killing multiple people, which is why they are called a serial killer, so and it's actually, it's because of people like that, that I actually believe in the death penalty. I think that even though you can argue that, you should not be, you should never kill someone else, you should not do an eye for an eye, people like that, I just think there is no excuse, they really..

Nitiya: Exactly, exactly. I agree with you. But why do you think that industrial countries thing connected with serial killing?

Todd: Well, once I saw something on TV with an FBI specialist and he said it's probably because that the parents are away from the family and there's not a community, there's not a village type environment. That because families live in these really closed units, mother, father, children, and that's it, that maybe some children get, feel distant, from their families, they feel distant from society, and they have some type of trauma and that psychologically effects them.

Todd: Which actually, though makes me think, if that's the case then maybe you shouldn't kill them because it's not there fault, but I don't know.

Nitiya: But you know, sometimes to stop for another upcoming thing you got to do something. You got to really put a break on it. (Right) but stress is one thing, I guess, psychological.

Todd: Right, but you don't have serial killers in India? You never have that in the news?

Nitiya: I guess they are, they're there. I don't know much about serial killers in India, but I think they will have been.

Todd: Right. I would imagine that pretty much anywhere in the world it must be a problem.

Todd: The thing is,is that I think life is so precious, I don't even like to kill insects, I mean because if you have life, you should never extinguish life, so at the human level I just don't understand it.

Nitiya: But I think, like you say, people don't even like killing insects, but if they don't eat chicken, there are people who can't eat, who cannot survive one day without having at least one meal of meat (right) so, more or less, you cannot stop that thing I guess.

Todd: Now are you a vegetarian?

Todd: Ah, so most Hindi people are vegetarian?

Nitiya: Not like that. Many of them eat, and many of them don't eat. I used to eat but I stopped eating.
My family does eat.

I think it happens in all industrialized countries.

An 'industrialized country' is one that has technology and is able to manufacture products using modern machines.  Notice the following:

Families live in these really closed units, mother, father, children, and that's it.

In this example, 'closed' implies that there is not a lot of interaction with extended family.  These families are independent units and not open to or close with other members of the family.  Notice the following:

They feel distant from society.

If you 'feel distant from something,' you feel far away from it either physically or emotionally.  Notice the following:

They have some type of trauma and that psychologically effects them.

A 'trauma' is a bad experience that causes psychological problems for a person.  Notice the following:

You should never extinguish life.

To put an end to something is to 'extinguish' it.  In the example, it refers to ending someone's life.  We also use this work to talk about fires.  Notice the following: