Nitiya asks about the U.S. President. 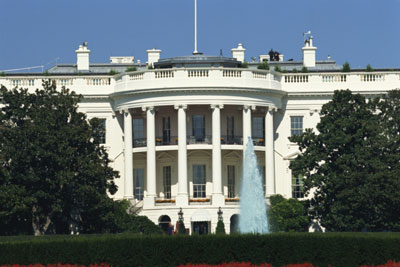 Nitiya: OK, can I ask you something? What do you think about Bush?

Todd: What do I think about Bush?

Todd: Well, I didn't vote for him. (OK) I didn't vote for him in the last two elections. He, in my opinion, is too conservative. I'm from a part of America, San Francisco, we're a lot liberal in our thinking, and I think Bush lost my city 85 to 15 (%), so I'm not a big fan of President Bush. I believe in democracy, and I believe in the system, but it's not easy when the person who gets in office is not the person you want to be there. It's very frustrating.

Nitiya: OK, OK, what I actually meant to ask is, the Iraq war, and things like that, Iraq war not only affected Iraq, it affected a lot of those military army people of America (right) their wives and children back home. They don't know if their father is going to come back or not (right) I mean not only affected total Iraq it was a very bad affect on America, too. I mean people, who ever loved America, there are so many people now who have a so bad image of America because of one, this, and I consider it a very, very insensitive action of Bush, so what do you think about that?

Todd: Well, I pretty much agree with everything you said. It's tough. I mean, I don't, obviously you don't, I wasn't for having Saddam Hussein remain in power, or, but it bothers me that my country is doing actions where children can die, or babies can die, or even soldiers can die.

Nitiya: I mean Saddam Hussein is in power or not, why is Bush interfering in that? He can mind his own business, right? I mean, I just feel sometimes, when Bush sleeps in the night, doesn't he feel some sensitivity or guilty to even one person that, when you see that those bombs, those small kids dying, and you know, whole bloodshed, how can even he sleep, with peace. I just sometimes wonder.

Nitiya: And I think, there is one thing, I really feel that, there is always two parts of this whole story, I mean, we are seeing it with our civilian eyes, but the truth, none of us know. It's all politics. I mean, Saddam knows and Bush knows and we know nothing, it's like that

He, in my opinion, is too conservative.

A 'conservative' person is motivated to protect and conserve tradition and doesn't like change.  Notice the following:

I consider it a very, very insensitive action of Bush.

An 'insensitive' action is one that doesn't consider the effect of the action on other people.  If you are insensitive, you don't care about others or their problems.  Notice the following:

I wasn't for having Saddam Hussein remain in power.

The person who has a position of a political power or governmental power is considered 'in power.' Notice the following:

Why is Bush interfering in that?

To 'interfere' with something is to involve yourself with it, usually with the intention of causing problems or making it more difficult.  Notice the following:

We are seeing it with our civilian eyes, but the truth, none of us know.

A 'civilian' is a person who is not a member of the armed forces or a militant group.  Notice the following: