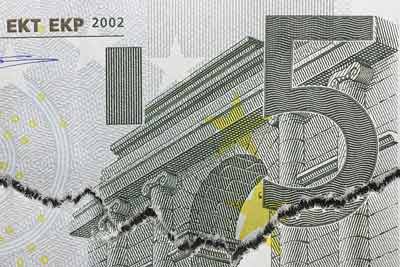 Todd: Hey, Marion, I was reading in the newspaper the other day that the economy in Ireland is doing really good.

Marion: Yeah, it has been doing really well now for quite awhile, for a number of years. We call it the Celtic tiger phenomenon. Yeah.

Todd: That's cute. The Celtic tiger in reference to the Asian tiger (yeah) which used to be the growing Asian economies.

Marion: Yeah, exactly. So Ireland kind of has that place in Europe at the moment, has had like I say for quite a few years now.

Todd: Like what industries are going really well in Ireland. What's making this happen?

Marion: Above all, the computer industry. Yeah, I mean, we have lots of computer companies, companies making those computer chips.

Marion: I think actually I read somewhere that Ireland is the number one producing country of either those computer chips or some other element of a computer, cause I was very surprised and shocked that my small country could be number one in that arena, so we also have quite a number of people who move to Ireland from other places in Europe so we have a lot of speakers of different languages in Ireland and that has been used to set up call centers so for example, if you buy a mobile phone in Italy and something goes wrong with your mobile phone, you ring up a help desk, and say, "Oh, sorry, my phone is broken, you know, can you help me?" and the person who responds to you will probably be sitting in a call center in Ireland.

Marion: Yeah, there's so many of them in Ireland. Actually, I've worked for three of them at different stages of my life, so we have ones for computer companies, for mobile phone companies, and what else, for some insurance companies actually, and banks. Yeah.

Todd: That's pretty cool. Actually, I read that one of the reasons for the turn around is the good university system, or the education system in Ireland is quite top notch.

Marion: Yeah, well, I mean, education has been very important all the way along in Ireland because of the fact that Irish people weren't allowed to have an education under british rule. Then once we got independence, you know, all along people were fighting to have education for their children and children used to be taught in hedge schools so the teachers were inside of a field basically, teaching kids and then if the policeman came of something, everybody would scatter, and you know, they didn't have anything, any like resources or anything, so in the minds of Irish people I think education has a a special place, and it is true that the university system is very well thought of and very well recognized throughout the rest of Europe I think.

We call it the Celtic tiger phenomenon.

A 'phenomenon' is an unusual or remarkable occurrence.  Notice the following:

I was very surprised and shocked that my small country could be number one in that arena.

In this case, 'arena' can be replaced with area of competition.  This could be physical competition, like in the Olympics or a more indirect competition, such as economics.  Notice the following:

I read that one of the reasons for the turn around is the good university system.

A 'turn around' is when something that is worsening turns and begins to improve or vice versa.  We use this phrase to a lot to talk about the economy.  Notice the following:

The education system in Ireland is quite top notch.

If something is 'top notch,' it is of a very good quality or level.  Notice the following:

It is true that the university system is very well thought of and very well recognized throughout the rest of Europe.

If you are 'well thought of,' you have a good reputation and others think highly of you.  Notice the following: