Wendi and Todd talk about plastic surgery and what they think about it. 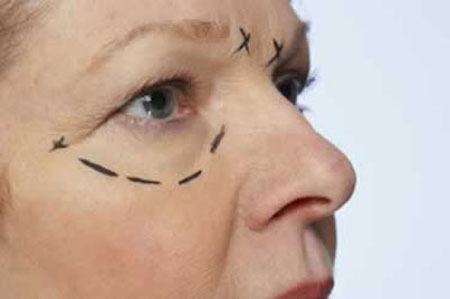 Todd: What do you think about plastic surgery - you know, like, especially lip implants, breast implants?

Todd: Actually, how old are you?

Todd: OK, so you're saying that maybe when women get older, they think like OK maybe they would like a nip and tuck here and there.

Wendi: Yeah, absolutely you know, you know move some stuff from place to place. I don't have to give up any parts but you know just place it in a more appropriate location

Wendi: Yeah. Like you know, some minor maintenance, I think. Nothing wrong with that.

Todd: Maybe if you do it once but two problems. One - I think, I don't understand the breast implants. I think most men don't like them.

Wendi: I think most men do like them actually.

Todd: I doubt it.

Wendi: Yes, of course they do.

Wendi: What kind of men do you hang out with?

Wendi: Oh, you don't have friends.

Todd: That's - you hit on the truth there. That's so true.

Wendi: What were we saying though?

Todd: I don't know. Well, there was two things. I don't have friends and breast implants.

Wendi: I'm joking. But actually, for me, I wouldn't get breast implants because I couldn't run.

Wendi: Well, I don't know if it's just like, I can't imagine you could, well, I mean, I'm sure people do, but I mean like actually play sports and stuff. I wouldn't want to like dive onto the ground to catch like a frisbee and the chance that they would explode or anything could happen.

What do you think about plastic surgery, like lip or breast implants?

Here, 'implants' refers to artificial material that is put surgically put into your body to make you look better or to return to how you looked previously.  Notice the following:

I used to think people who do those things are so vain.

A 'vain' person is overly proud or concerned about her own physical appearance. Notice the following:

As women get older, I think it's okay if they would nip and tuck here and there.

'Nip and tuck' is used to describe plastic or cosmetic surgery. It implies cutting and moving of skin. Notice the following:

Now, I think there's nothing wrong with doing minor maintenance.

When you perform 'minor maintenance' you get services done to keep things how they should be. Here, Wendi is saying that she would get minor surgery to keep her body looking young. Notice the following: