It is Deanne's job to work with languages. She talks a little about what she does. 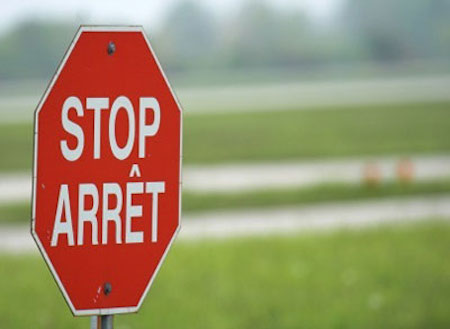 Todd: OK, Deanne, so you are a translator?

Todd: What's the difference between a translator and an interpreter?

Todd: OK, so you're a translator?

Todd: OK, so you're an interpreter.

Todd: OK, and what languages are you an interpreter for?

Deanne: I do English and French and Italian.

Todd: And you can do any combination? You can do English to Italian and Italian to French, et cetera?

Todd: What language are you most comfortable with?

Todd: OK, and how do you become an interpreter?

Deanne: How do you become? Well, you have to study. Well, first you have to learn the languages. It helps if you're native.

Todd: OK, but like, assuming that somebody already is bilingual. They're really good at languages.

Deanne: OK, well you study it. You can do a certificate. You have to find a, for example in your university, at a nearby university or a particular translator-interpreter school, they have programs where you can study. I don't - the one I took was about three years. Sometimes you can even do a degree in Hispanic Studies if you want to become a Spanish interpreter. You don't necessarily need the title immediately but if you have the abilities and the complete knowledge, the vocabulary you can. You can. People will hire you. You don't necessarily need the qualification depending on where you're applying for a job. It depends.

Todd: And you know, what's the best thing about being an interpreter?

Deanne: Well, the fact that you meet different types of people. And you know what everybody's talking about. You never feel left out because you're the one who has to transfer the information. And interpreter is a really fun job because sometimes you escort people to fun places like to parties, to restaurants, train stations. You can be a tour guide. I've done that too. You can do lots of really fun things and just because you speak the languages which they don't so it's really fun and you eat good food cause they pay for that, so.

What's the difference between a translator and an interpreter.

An 'interpreter' gives an oral translation between speakers of two different languages. Notice the following:

Can you do English to Italian and Italian to French, et cetera?

'Et cetera' is used as the last item in a list. It basically means 'and other similar things.' It is frequently abbreviated to 'etc.'Notice the following:

You have to study to become an interpreter, and it helps if you're native.

The phrase 'it helps if' is used to show what situation or ability would make a goal easier to complete. Notice the following:

You can do a degree in Hispanic Studies if you want to become a Spanish interpreter.

'Hispanic Studies' is a university degree that focuses on the culture, language, life, etc. of people from Spanish-speaking countries. Notice the following:

Working as an interpreter is a fun job, because sometimes you escort people to fun places.

When you 'escort' someone, you guide them because they are unfamiliar with the area or the language. We also use 'escort' in a formal situation to mean 'accompany' or 'go with.' An 'escort' can also be someone who protects you. Notice the following: